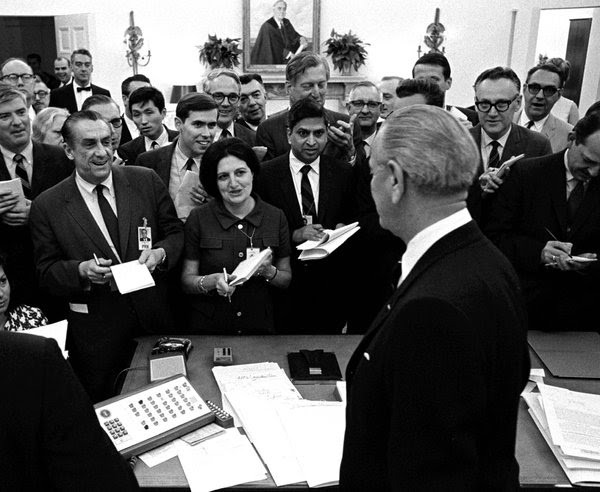 WASHINGTON — Helen Thomas, whose keen curiosity, unquenchable drive and celebrated constancy made her a trailblazing White House correspondent in a press corps dominated by men and later the dean of the White House briefing room, died Saturday at home in Washington. She was 92.

All through my life Ive seen her in front row asking what others didn’t dare. Today reporters ask about everything from underwear to infidelity. Some don’t seemed concern to loose their white house pass or sitting arrangement where closer will get you heard.  It was not always like that and Helen didn’t seemed to care, but she was always there, front seat asking Mr. President…...
Adam
Over 5Million Reads Adam Gonzalez at July 20, 2013