"There is very little homophobia left for those who educated themselves now what is left is stupidity and ignorance."


You will figure than in this day and age a leader of a country would know that cracking down on the LGBTQ Community spreads HIV which becomes AIDS. WHY? Because if you are afraid of the government and the institutions you are not going to get tested and this will make the virus to spread. Not knowing is Death. It happened in the US, UK  in Millions and lastly in Russia and China and Now in Indonesia. In the Phillipines the governemnt change the way they were going in treatment of HIV.  But heir previous behaviour towards LGBT and drug users is cost them to have at least half of the population be HIV. They have been lucky to have had the Clinton Foundation, Bill Gates and others. Still the costs associated with that should have taught them what a stupid thing is to follow that bigotted close minded policy. Now be prepared to pay for medicines and hospitalizartion and loosing a big part of your poppulation (both straight and gay). 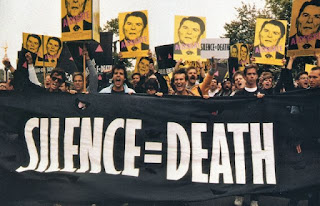 [By SUYIN HAYNES at TIME]
A new report by Human Rights Watch has found that persecution against lesbian, gay, bisexual, and transgender communities in the world’s largest Muslim democracy is fueling a public health crisis and contributing to the spread of HIV.
Since 2016, police raids and arrests at private spaces such as clubs, saunas and salons have increased, alongside anti-LGBT rhetoric from government officials and state spokespersons. The report notes that these raids and state-led hostility poses a fundamental challenge to HIV outreach workers, who use these venues as safe spaces to carry out their work with LGBT communities through education programs on prevention and transmission, counseling support services and distribution of condoms and HIV testing kits.
“What’s shifted in the last two years is that the government and police have made it abundantly clear that it’s perfectly okay to hate LGBT people and to act on it,” Kyle Knight, LGBT rights researcher at Human Rights Watch and author of the report, tells TIME. “Unless certain steps are taken to dial back on these raids, to create safe spaces for those to gather to gain information, to get safety, sense of dignity, community and privacy, this will spin out of control not just from a human rights perspective, but also from a public health perspective.”

HIV rates among gay men in Indonesia have increased five-fold from 5% in 2007 to 25% in 2015, according to government and UNAIDS data. Outreach workers and human rights observers worry that without access to education and other services — exacerbated by spiraling anti-LGBT rhetoric — the HIV epidemic among gay Indonesian men will become increasingly worse, particularly in major urban centers such as Denpasar and Jakarta.
Read More: LGBT Rights in Indonesia Are Coming Under ‘Unprecedented Attack’
Dede Oetomo is an activist and founder of gay rights group Gaya Nusantara who has spearheaded Indonesia’s gay rights movement for over 30 years. Speaking to TIME after delivering a training session with local outreach workers, he says the changes in Indonesia’s environment for LGBT people have affected the way he carries out his work. “Starting with democratization in 1998, that gave us hope that we could do our activities in the democratic way, and that we could demand change and legislation. Just this morning I saw an old newspaper article that was from 10 years ago, when we were able to do a national training for activists in the open. There were no secrets about it,” he says. “Now, starting around 2015, the situation has changed. It’s difficult to publicize our training and programs, so we have to do things on a smaller scale.” He says his organization can’t even post pictures on social media: “If we are too open, we might be stopped by Islamist groups, ironically with the help of the police.” Oetomo says that in recent years, Gaya Nusantara has had some of its campaigns and events canceled and reported to the police.

A nationwide anti-LGBT “moral panic” is making outreach to these vulnerable populations much harder, HRW found, making the spread of the disease more likely. According to the report, only 50% of gay men have ever tested for HIV and out of those infected and in need of antiretroviral drugs, only 9% are currently taking the medication.
Off the back of recent provincial elections, and ahead of presidential elections next year, observers say the issue is being used to score political points. A proposed revision to the country’s criminal code that would outlaw same sex relations and sex outside marriage has been under debate since January, and was condemned by the U.N. High Commissioner for Human Rights as “inherently discriminatory.” Currently, the ultra-conservative Aceh province is the only part of Indonesia where consensual same-sex relationships are illegal.

“Criminalization and prosecution of the LGBT community is still persistent and has become more widespread in the last three years, as they have been political years in Indonesia,” says Ignatius Praptoraharjo, a researcher at the Center for HIV and AIDS research, Atma Jaya University of Jakarta. “Politicians are trying to use moral issues to get votes from the general public for the governor, president and mayoral elections.”
Combined with the crackdown and heightened discrimination against LGBT people, the impending health crisis threatens to force the community into total retreat. “The LGBT community in Indonesia has undergone a complete character assassination, and at a pragmatic level, outreach workers simply don’t know where to go,” Knight says, referring to the fear of raids from both vigilante groups and state security forces. “Those two fundamental shifts have left people concerned and completely anxious."
Over 5.6 Million Reads Adam Gonzalez at July 03, 2018