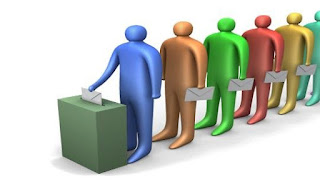 The nation's largest LGBTQ civil rights group marked 100 days before the November midterm elections with an announcement that it is intensifying efforts in key states, including Wisconsin.
The Human Rights Campaign said it is more than doubling staff in key states and races to a total of 130 in a push to #TurnOUT 10 million LGBTQ voters and millions of more allies.
HRC said it is hiring 45 organizers and deploying 50 more staff to join 35 existing staff in key districts and states as part of the largest grass-roots expansion in the organization’s 38-year history.
For more than a year, HRC has had staff on the ground, building support for pro-equality candidates in Wisconsin, Arizona, Michigan, Nevada, Ohio, and Pennsylvania.
In a press statement, JoDee Winterhof, HRC's senior vice president for policy and political affairs, said, “The LGBTQ community has endured an unrelenting onslaught of attacks by the Trump-Pence administration on our basic civil rights."
The organization is "seizing this opportunity to change that by doing everything in our power to turn out millions of LGBTQ voters and allies to elect pro-equality senators, representatives, governors, and others who will put Americans first and pull the emergency brake on this hateful regime.”
Since last July, HRC says it has helped more than 25,000 people register to vote and tallied 6,000 volunteer hours phone banking and canvassing for 330 candidates up and down the ballot.
HRC also has trained more than 800 local advocates and an additional 1,800 have signed up for training online. People in any state can text “VOTER” to 30644 to verify their voter registration, find their polling place, and receive election reminders. For more information on how to get involved, sign up to volunteer, or join an advocacy training, visit HRC’s Equality Voter Action Center.
The Wisconsin Gazette
Over 5Million Reads Adam Gonzalez at July 31, 2018

Email ThisBlogThis!Share to TwitterShare to FacebookShare to Pinterest
Labels: US Gay Politics