Russia Might Have Deployed Nukes in Crimea, Putin Says He Can 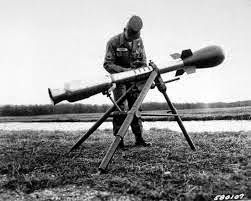 Russia has said that it has the right to deploy nuclear weapons to Crimea, a year after Vladimir Putin seized the territory from Ukraine following a referendum.
Home to the strategic Black Sea port city of Sevastopol, which already housed Russia’s fleet before the Ukrainian crisis erupted at the start of 2014, Crimea is significantly nearer central Europe than any nuclear base Russia is thought to control.
“I don't know if there are nuclear weapons there now,” a Russian foreign ministry official told the Interfax news agency on Wednesday.
“I don’t know about any plans, but in principle Russia can do it,” said Mikhail Ulyanov, who is the head of the ministry's department on arms control.

The comments come at a highly sensitive time for international relations around the Black Sea, after Nato members Bulgaria, Romania and Turkey joined four other alliance states in a multinational naval exercise there on Tuesday.
The US, Canada, Germany and Italy also took part in the military drills, including an American flagship, the guided missile cruiser USS Vicksburg.
John Lough, from the Russia and Eurasia programme at international affairs thinktank Chatham House, said the comments were the latest in a series of loose statements by Russian officials about nuclear weapons.
“Nato countries find these troubling because in Cold War days Moscow was much more careful when talking about its nuclear capabilities,” he said.
“This latest statement probably signals how Russia could respond to a move by the US to provide arms to Ukraine.”

The warning also comes as Russia becomes increasingly bold in stating the details of how it took Crimea, an act still deemed illegal by most international bodies.
On Tuesday, it emerged that Mr Putin only permitted the people of Crimea to hold a referendum on joining Russia after an “unofficial poll” showed the majority would be likely to vote in favor of doing so.
They included the moment he ordered officials to begin the process of seizing Crimea - the night of 22 February - long before the 16 March referendum.
He revealed that the decision to take Crimea came as a direct response to Ukraine ousting its pro-Russian president Viktor Yanukovich - and that the operation to evacuate him involved heavy weapons “so that there wouldn’t be much discussion about it”