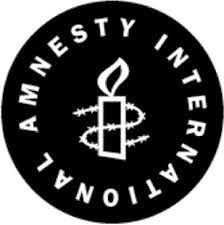 Amnesty International has launched its campaign for a Yes vote in the referendum on marriage equality.
The referendum on whether to allow marriage between gay couples takes place on Friday, May 22nd.
Former government minister Pat Carey described the referendum as unique in Ireland, because “it is an exercise in civic engagement which has not been tried before”.
Mr Carey, who recently came out as gay, said the Constitutional Convention had recommended a referendum on marriage equality.
“The Government and Oireachtas adopted that and it is now over to the people of Ireland to make their judgment on what I believe has the potential to be a watershed moment in Ireland.”
But he warned that Yes voters could not be taken for granted and “many of them may still need to be reassured”.
‘Very important people’
“People who are in doubt are open to persuasion, and we should not hesitate in trying to persuade those very important people.”
Mr Carey, who is 67, said: “People of my generation do have doubts, but they are our greatest supporters when they are convinced. This is a campaign like any other - voters need to be asked.
“Irish people are used to being asked on the doorsteps for their vote.”
He said: “We must avail of every opportunity to make direct contact with voters.
“Sitting at home talking to each other or talking to people who are already convinced won’t win this referendum - conviction, hard work and shoe leather will.”
Confrontational language
And he made another appeal: “I think we must refrain from confrontational and offensive language, and allow this debate to develop in a way which has not happened in referenda in Ireland.”
Speaking at the campaign launch outside the GPO, executive director of Amnesty International Ireland Colm O’Gorman said Ireland would be the first country to put this proposition to a popular vote by referendum.
He said the referendum date would be historic because “it is a day when we all, as Irish people, have a chance to stand for a Republic of equals, a day when we can more fully realise equality for all of our people”.
It was fitting to have the campaign launch at the GPO, he added. “Here, almost a century ago, those who proclaimed our Republic asserted that Ireland would value and cherish all of its people equally.
“LGBT [Lesbian, gay, bisexual, transgender] people should be free to love, and have the right to commit to the person they love and to celebrate that love,” he said.
“Love does not discriminate, and neither should our laws.”
Eight weeks left
Gráinne Healy of the Yes Equality campaign group said there were eight weeks to the referendum and “until the people of Ireland will decide if we want to make history voting Yes and sharing their freedom to marry with lesbian and gay people”.
She said: “We ask to share the freedom to marry because we value marriage and know its significance. We also know that Irish people are fair-minded, and their instincts tell them that voting yes is the fair thing to do.”
Amnesty International adopted a global policy in 2007 calling for an end to discrimination in civil marriage laws on the basis of sexual orientation or gender identity.
According to the organization, “everyone has a right to be free from discrimination in the enjoyment of their human rights - including the right to marry and found a family”, which was provided for under Article two of the Universal Declaration of Human Rights and Article 2 of the International Covenant on Civil and Political Rights.
http://www.irishtimes.com
Over 5.6 Million Reads Adam Gonzalez at March 23, 2015

Email ThisBlogThis!Share to TwitterShare to FacebookShare to Pinterest
Labels: Amnesty