Atomic Scientists Report on Who is got Nukes and How Many 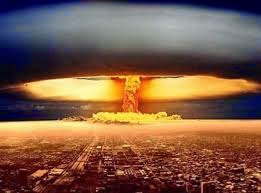 Bulletin of the Atomic Scientists Reports on   United…

In Archive, Britain, China, Israel, Military, Russia, USA on March 7, 2015 at 11:42 AM
These are the most up-to-date reports from Bulletin of the Atomic Scientists on the nuclear arsenals of the world’s biggest superpowers. This post will continually be updated with the most recent reports as they are published, including those of other major players such as France, India, Pakistan, North Korea, and any others, when they become available. 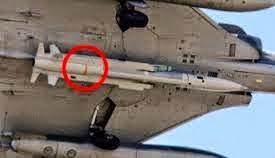 United States (March/April 2015)
As of early 2015, the authors estimate that the US Defense Department maintains about 4,760 nuclear warheads. Of this number, they estimate that approximately 2,080 warheads are deployed while 2,680 warheads are in storage. In addition to the warheads in the Defense Department stockpile, approximately 2,340 retired but still intact warheads are in storage under the custody of the Energy Department and awaiting dismantlement, for a total US inventory of roughly 7,100 warheads. Since New START entered into force in February 2011, the United States has reported cutting a total of 158 strategic warheads and 88 launchers. It has plans to make some further reductions by 2018. Over the next decade, it also plans to spend as much as $350 billion on modernizing and maintaining its nuclear forces.
Russia (March/April 2014)
Russia has taken important steps in modernizing its nuclear forces since early 2013, including the continued development and deployment of new intercontinental ballistic missiles (ICBMs), construction of ballistic missile submarines, and development of a new strategic bomber. As of March 2013, the authors estimate, Russia had a military stockpile of approximately 4,300 nuclear warheads, of which roughly 1,600 strategic warheads were deployed on missiles and at bomber bases. Another 700 strategic warheads are in storage along with roughly 2,000 nonstrategic warheads. A large number—perhaps 3,500—of retired but still largely intact warheads await dismantlement.
China (November/December 2013)
The number of weapons in China’s nuclear arsenal is slowly growing, and the capability of those weapons is also increasing. The authors estimate that China has approximately 250 warheads in its stockpile for delivery by nearly 150 land-based ballistic missiles, aircraft, and an emerging submarine fleet. China is assigning a growing portion of its warheads to long-range missiles. The authors estimate that China’s arsenal includes as many as 60 long-range missiles that can reach some portion of the United States. The US intelligence community predicts that by the mid-2020s, China could have more than 100 missiles capable of threatening the United States.
Britain (July/August 2013)
Recent research has revealed new facts about the British nuclear arsenal over a 25-year period starting in 1953. This accounting and the authors’ own research support an estimate that the British produced about 1,250 nuclear warheads between 1953 and 2013. From a peak of about 500 warheads in the period between 1974 and 1981, the UK arsenal has now been reduced to some 225 weapons.
Israel (November/December 2014)
Although the Israeli government neither confirms nor denies that it possesses nuclear weapons, it is generally accepted by friend and foe alike that Israel is a nuclear-armed state—and has been so for nearly half a century. The basis for this conclusion has been strengthened significantly since our previous estimate in 2002, particularly thanks to new documents obtained by scholars under the US Freedom of Information Act and other openly available sources. We conclude that many of the public claims about the size of the Israeli nuclear arsenal are exaggerated. We estimate that Israel has a stockpile of approximately 80 nuclear warheads for delivery by two dozen missiles, a couple of squadrons of aircraft, and perhaps a small number of sea-launched cruise missiles.
http://leaksource.info
Over 5.6 Million Reads Adam Gonzalez at March 10, 2015