Mom Turns in Son who Groped a Midtown Jogger in NYC 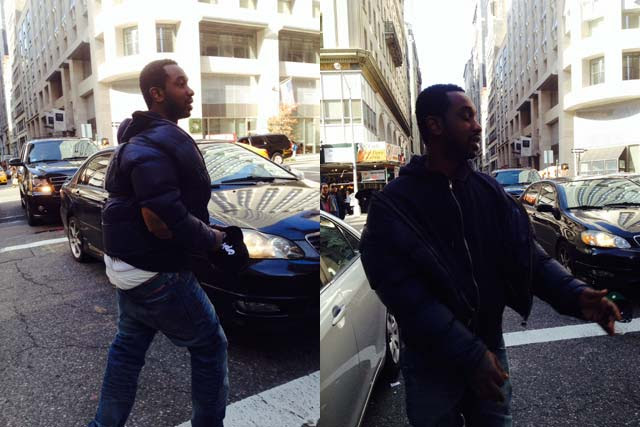 Yesterday, police released a photo of a man wanted for groping a female jogger in Midtown last November. It seems the strategy was effective, because the man was arrested by the end of the day. And he was turned in by his mom!
Police say that 31-year-old Carlous Hamilton groped the 29-year-old runner's buttocks about noon on Sunday, November 23, 2014 at the corner of 5th Avenue and West 37th Street. When she turned around, he squeezed her breast; she tried to fight him off, and he punched her in the face and body, causing a laceration to her left hand.
The suspect fled southbound on Fifth Avenue, but a witness was able to take a photograph of him. According to the News, Hamilton's mother called 911 on Wednesday when she realized her son was the alleged groper. He has been charged with sex abuse and assault.
Contact the author of this article or email tips@gothamist.com with further questions, comments or tip
Over 5.6 Million Reads Adam Gonzalez at March 20, 2015