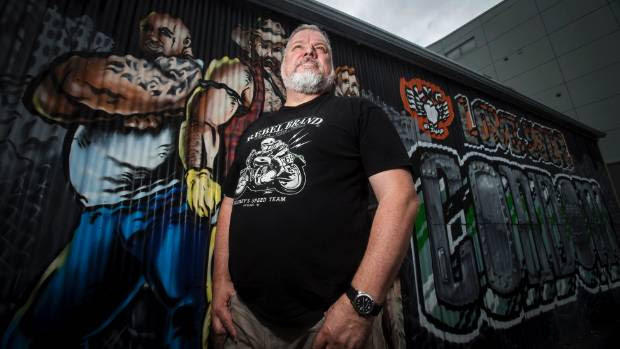 SHUT DOWN: Paul Heard has closed his bar, Urge, calling it a “tough” move.

Social media apps are killing the gay bar scene, claiming as their latest victim New Zealand's longest-running gay venue.
Urge in Auckland is the ninth gay bar to shut down in New Zealand over the past two years because of dwindling patronage, echoing the closures of international gay hotspots in New York, San Francisco and Sydney.
Sociologist Michael Stevens blames the internet, as apps such as Grindr, and social change, render such venues redundant.
"In the past you had to go to a venue to meet other LGBT [lesbian, gay, bisexual, transgender] people, today you don't."
Now people can just grab a phone, swipe left or right according to preference - at work, in bed or in a meeting.
Social change, particularly the legalising of gay marriage, has also played a role.
"Gay bars were a safe place to see a friendly face and not be judged," said Shane Way, event manager and performer for Hamilton's gay bar Shine, which shut down in March.
"These day it's become more accepted in society so gay people don't just go to gay bars."
But this doesn't translate to equality, said Stevens: "It's still not true to say that a gay couple can walk into any venue, hold hands, kiss and dance together in the same way straight couples can."
Urge co-owner Paul Heard announced the bar’s closure this month after 17 years, describing it as the "toughest day I've had".
He bought the bar with former romantic partner and current business partner, Alan Granville, nearly 10 years ago.
"We actually met at Urge and bought it when the owner was in bad health so we could save it."
Stevens said many LGBT venues, like Urge, were set up in cheap fringe areas of the city 10 or 20 years ago but that real estate is now more desirable. In 10 years, rent and rates have skyrocketed from $66,000 a year to nearly $200,000.
And cheaper alcohol at supermarkets encourages punters to "pre-load" before hitting town.
"They are businesses and need to turn a profit but they have also operated as community centres and meeting points."
Heard has watched the impact of the internet on the gay community. "People's ability to communicate on a one-to-one basis has changed. I get guys in the bar sitting on their phone chatting to somebody on the other side - the app says they're zero metres away.
"Winter is our worst time for customers. Years ago it didn't seem to bother them but now they can stay at home and find someone who will come to their door, literally."
He's worried about the loss of a community, saying men still don't come through the front door because of the fear of stigma.
"There's a reason Urge is so hard to find - we don't have rainbow flags flying out the window. Anybody can feel safe here, especially younger guys who are coming to terms with the whole thing. People might go more underground again."
We're yet to see the full impact of hook-up apps, said social media researcher Richard Pamatatau.
"With internet dating, people looked at that as a thing for people who were desperate losers but now there's no shame in doing it.
"There will always be that moment where someone spies the beautiful girl across the bar and that chemistry happens, there's just more choices now - you can say if you like beards or sporty people."
So will Tinder (the "straight" hook-up app) do to straight bars what Grindr has done in the gay community? "The challenge is for hospitality to find ways to challenge this new technology, I don't know how, though."
- Stuff
Over 5Million Reads Adam Gonzalez at December 22, 2014