Being Gay in Romania “Back in the 1990s, it was dangerous to even go to the pub,” Andreea Nastasa said, of queer life in Bucharest, Romania. While one or two venues were known to be gay-friendly, or at least places where queer people congregated, the authorities posed a problem. “We were all afraid of the police. If we saw them in their uniforms, we would just disappear.” 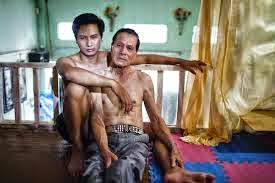 That’s because before 2001, queer Romanians’ public and private life was shaped by Article 200 of the country’s penal code. One of a number of socially conservative reforms introduced by Nicolae Ceaușescu in the late 1960s, Article 200 made “sexual relations between persons of the same sex” punishable by up to five years’ imprisonment. In 1996, the section was revised to prohibit only acts “committed in public or producing a public scandal.”
“You couldn’t hold hands on the street,” Nastasa said. She explained that gays and lesbians hanging out together used to designate a “boyfriend” or “girlfriend” of the opposite sex so that they could pair off if the police came. “The police would ask us certain questions to be sure if we knew or were intimate with each other,” she said. This stopped after the full repeal of Article 200 in 2001  “because the police couldn’t just ask us for identification if we were together in a group of girls.”
Nastasa is the administrative director for ACCEPT, the first NGO to defend and promote the rights of LGBTQ Romanians. At the group’s offices in Bucharest, I met with Nastasa, along with Daniela Prisacariu, the programs officer, and Teodora Ion-Rotaru, the programs assistant, to discuss the legal status of LGBTQ people in Romania, as well as their everyday lived experience.
“The causes for [Article 200’s] repeal were multiple,” Ion-Rotaru explained. “Romania wanted to join the European Union, and the rights of minorities had to be protected” according to the Copenhagen Criteria for membership. Romania’s relations with the West and pressure to introduce anti-discrimination legislation came into play. “There was also the efforts of ACCEPT”—founded in 1994—“which advocated heavily for its abolishment.”
“During the 1990s, political parties did not discuss LGBTQ rights,” Ion-Rotaru continued. Nowadays, “politically there is a consensus within the mainstream parties that people should not be discriminated against because of their sexual orientation. But that is where the conversation stops. Most mainstream politicians, even in informal discussions, will say something like, ‘Romania isn’t culturally prepared to accept same-sex civil partnerships.’ ”
Indeed, same-sex marriage or civil unions are not on the horizon. Klaus Iohannis, the president-elect of Romania, said during the recent election campaign that “nobody should be persecuted because they belong to a different group or they are different,” but he prefaced that remark by reiterating his commitment to the traditional family. The last time the Romanian parliament voted on same-sex marriage, the proposal was defeated handsomely, and in 2009, the civil code was rewritten to explicitly define marriage as being of one man and one woman.
Not to be discounted is the creeping influence of voices on the far right, including that of Iulian Capsali, a Romanian Orthodox priest who also trained as a lawyer, who presented himself during the European elections in May as “the candidate of the Romanian family,” opposed to abortion and “homosexual culture.” These voices are being amplified due to the work of external forces, Ion-Rotaru told me. “Russia, our neighbor, is exercising political pressure,” as are churches. “American pro-life organizations are also providing funding and spreading ideas in Eastern Europe.” 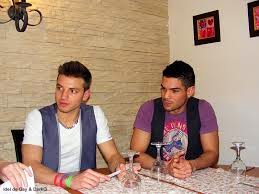 In a survey conducted in April 2013 by Romania’s National Council for Combating Discrimination, 31 percent of Romanians said they would not feel at all comfortable around a gay person; 54 percent said they would never have a meal with a gay person; and 48 percent said they would be very disturbed if they found out that a family member was gay. “LGBTQ people are the second-most discriminated-against group in Romanian society, after people living with HIV and AIDS,” Ion-Rotaru said. “Eighty percent of Romanians would not vote for someone who is LGBTQ.”
How can these social attitudes be explained? “Religion is a very important aspect of being Romanian,” Prisacariu said. In the 2011 census, 81 percent of Romanians self-identified as Romanian Orthodox, with a further 11 percent saying they belong to another Christian denomination. Organizations within the church have been “getting better” at advocating against the rights of LGBTQ people, “changing their discourse and finding ways of achieving things through legislation.” Today, the Romanian Orthodox Church “is the most trusted institution in Romania,” Ion-Rotaru said. Instruction in the Romanian Orthodox faith is part of the education system from the first grade, and until recently it was a compulsory part of the curriculum. (That class is now something children must opt into rather than ask to be excused from, as used to be the case.) 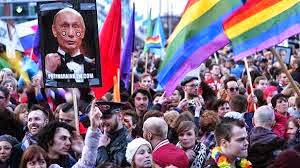 What’s more, most Romanians don’t have access to decent information about sexual orientation and gender identity due to a lack of adequate sexual education in schools. “We have sex education, but it is usually about abstinence and abortion” and is taught by people who aren’t qualified, Prisacariu said.
The social climate, along with the demographics of a society where around half the population still lives in rural areas, mean there is problem with LGBTQ visibility: Few Romanians are willing to come out. At least in Bucharest, where there has been an annual Pride parade since 2005, there is something of a gay life. The city initially refused to authorize GayFest, telling organizers that it could not guarantee participants’ safety because soccer games were taking place at the same time. It took intervention by the federal government for the city to allow it.
“There are gay venues”—which are often expensive, since the gay community is a captive market—“but if you are in a group, nowadays in the central area [of Bucharest] you can go anywhere,” Nastasa said. “Of course you can go anywhere,” Prisacariu added, “but you cannot be open. If I kiss my partner, even in a venue that is really gay-friendly, it’s not that someone is going to hit me in the head. But there will be the usual guys who stare at you and make weird remarks, as if you’re some sort of extraordinary thing.”
slate.com
Liam Hoare is a freelance writer whose work on politics and literature features in theForward and the Tower. He is a graduate of University College London's School of Slavonic and East European Studies.