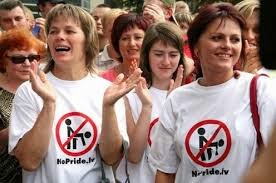 For most of recorded history, Isis was an Egyptian goddess, a benevolent type who cared for widows and orphans, cured the sick and even brought the dead back to life.
This year, the world met the other ISIS.
The rise of Islamic State, also called ISIS or ISIL, dominated headlines in 2014 as the self-proclaimed caliphate sowed death and destruction across Iraq and Syria. For some, the group confirmed the worst fears about Muslim extremists bent on killing religious minorities, subjugating women and beheading hostages.
But the terror wrought by Islamic State was not the only source of unrest in 2014. The Ebola virus in West Africa put the world on edge; and a bloody war between Israelis and Palestinians in Gaza, kidnapped schoolgirls in Nigeria and the slaughter of more than 100 children at a military school in Pakistan added to the mix.
At home, America wrestled with police brutality as grand juries declined to prosecute white officers in the deaths of unarmed black men in Ferguson, Mo., and New York City. From botched prison executions to a stream of migrant children flooding America’s southern border, things felt troubled, disorienting, always on the verge of breaking apart.
Religion played a large role in those stories and in other major headlines from 2014:
• A string of court decisions paved the way for greater accommodation of religion in public life, dealing a blow to atheist groups that warned that the separation of church and state was under attack. In Greece v. Galloway, the U.S. Supreme Court upheld sectarian prayers at public meetings. The justices also ruled 5-4 in favor of the Hobby Lobby arts-and-crafts chain in its bid to refuse a full range of contraceptive services to employees. That ruling also established religious rights for private businesses. In addition, atheists lost bids to require religious groups to have greater transparency about donors and to end a tax break for clergy housing.
• Pope Francis hosted a Synod on the Family at the Vatican that publicly pitted Catholic conservatives against his reformist allies who want to open Communion to divorced and remarried Catholics as well as create more space for LGBT Catholics and their families. In an unusually public debate, 200 or so bishops talked of acknowledging the “gifts and qualities” of gay Catholics but later backed down and didn’t pass a measure on welcoming them “with respect and delicacy.” After the synod, Francis demoted Cardinal Raymond Burke, the American prelate who led the opposition to any changes.
• Discussions on homosexuality reached beyond the Vatican. The number of states allowing same-sex marriage doubled, from 17 to 35 in addition to the District of Columbia, after the Supreme Court declined to review a number of pro-marriage lower-court rulings. Within major denominations, the Presbyterian Church (U.S.A.) voted by wide margins to allow gay clergy, and some United Methodist pastors were vindicated after court battles over marrying same-sex couples.
Among the names that captured the public imagination in 2014:
• Seattle megachurch pastor Mark Driscoll resigned after facing allegations involving plagiarism, bullying and an unhealthy ego.
• German Bishop Franz-Peter Tebartz-van Elst, whose $43 million housing renovation earned him the nickname “Bishop Bling,” was fired by Pope Francis.
• D.C. pastor Amy Butler became the first woman named senior pastor of New York’s storied Riverside Church, and Libby Lane was appointed the first female bishop in the Church of England.
• Retired Episcopal Bishop V. Gene Robinson, whose election as the first openly gay bishop ruptured the Anglican Communion, announced his divorce from his husband, Mark Andrew.
• Popes John Paul II and John XXIII were proclaimed saints by Pope Francis, and Pope Paul VI was beatified.
• Sudanese Christian Meriam Ibrahim was freed after nearly being executed for apostasy, becoming an icon for many Christians.
• Mormon feminist Kate Kelly was excommunicated for advocating for women in the priesthood.
• Blase Cupich was installed as the new archbishop of Chicago, Pope Francis’ first major appointment to the U.S. hierarchy.
• D.C. Rabbi Barry Freundel was fired after he was accused of installing a hidden camera in the mikvah, or ritual bath, used by women at his prominent Georgetown synagogue.
In a series of online essays, the Church of Jesus Christ of Latter-day Saints tried to debunk popular caricatures of Mormon beliefs. No, the church said, Mormons don’t get their own planet in the afterlife; and no, there’s nothing magical about sacred temple garments. No, founder Joseph Smith didn’t literally translate an ancient Egyptian papyrus scroll as part of LDS scriptures; and yes, Smith practiced plural marriage — as many as 40 wives, the church conceded.

• Kentucky pastor Jamie Coots, a Pentecostal snake-handler and star of the reality show Snake Salvation, died of a snakebite at age 42.
• Westboro Baptist Church founder Fred Phelps, infamous for his “God Hates Fags” rallies, died at 84.
• Charismatic evangelist (and friend of Pope Francis) Tony Palmer, who was in his early 50s, died in a motorcycle crash.
• Pentecostal preacher Myles Munroe died in a plane crash in the Bahamas at age 60.
• Right-to-die activist Brittany Maynard died at age 29 after a public battle with brain cancer.
http://www.dispatch.com
Over 5.6 Million Reads Adam Gonzalez at December 27, 2014