Egyptian reporter Broadcasted About Gays which led to the Gay Arrests 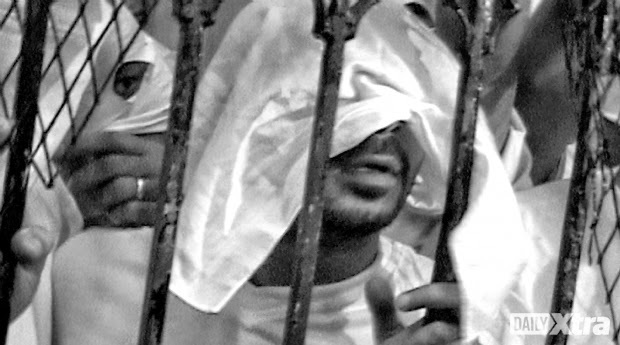 The media in the US used to do what this broadcaster did in Egypt. I remember as a young man seeing reports about gays making out in trucks, parks in NY and having gay clubs in which no one knew what went on. As a consequence the cops would face pressure to go after gay bars and clubs. It wasn’t until Koch came on as mayor in which the pressure to go after gays subsided and sex gay baths  adnd bars just grew like mushrooms all over the city. Once AIDS brooked out the media and gay mayor Koch went after anything that was suspected to be gay. If it was gay there had to be sex. Very few gay bars survived and if there was a gay bath open had to be at Koch’s west village apartment because there was no talk of one being open anywhere.
I say this because I was going to come down hard on this probably homophobic reporter in Egypt but instead I remember how hard it was for gay establishments in New York and other cities to survived, thanks to the media, as a matter of fact the only way for most to survived was to be owned or get protection from the Mafia which instead paid off some cops and city officials. Publisher

The Egyptian TV presenter who claims to have reported “group sex” at a Cairo bathhouse to police prompting a raid on Sunday aired her report late Monday evening.
The program, by Mona Iraqi of the channel Al-Qahira wal Nas, presents her 26-minute report as an investigation into the spread of AIDS in Egypt, but seems designed to fan a moral panic about homosexuality that has been building since President Abdel Fattah al-Sisi seized power last spring, leading to the arrest of more than 100 individuals on charges of homosexuality. Government officials told BuzzFeed News in September that a crackdown on LGBT rights was part of the political strategy of the Sisi regime, which is vulnerable to attack from the Muslim Brotherhood for not adequately defending Islamic values.
“Our episode to day is to inform you about what hidden behind AIDS in Egypt,” Iraqi says. She noted that the report was made to coincide with World AIDS Day, on Dec.r 1, but the broadcast was delayed “for security reasons.” “Our society is full of disasters … and if we kept hiding from that without facing those disasters, frankly, we will all be destroyed.”
Iraqi said her investigation began as an attempt to understand what was driving AIDS in the country. “The first five cases discovered in AIDS patients all over the world was between men who practiced gay sex,” she said. “Our investigation uncovered a hidden secret. We found a spot for gays to have sex … in a public bath.”
The report focused on a hammam — one of the many public bath houses that Egyptians rely on to shower and socialize — where Iraqi said men go for “sex trading.” Egyptian police raided the hammam on Sunday, and reports have said anywhere between 26 to more than 30 men were arrested. Iraqi said she could not personally enter the hammam since it is restricted to men only, but she conducts an interview with a male reporter working with her who says he witnessed a “full sex party” inside.
The show does not include any direct evidence of sex inside the hammam. The scant footage from inside the hammam in the report appears to have been shot in the entryway and changing room where men are at least partially clothed. When the male reporter attempts to ask an employee from the bathhouse for help finding someone to have sex with, the employee responds, “That’s between you and him. I am not part of any such deals.”
The men arrested on Sunday have not yet been formally charged, but others accused of “debauchery” have been sentenced to lengthy jail sentences. Eight men filmed participating in what authorities contend was a same-sex wedding that caused a sensation in a YouTube video were sentenced to three years in prison by an Egyptian court last month.