Pakistan First and Only (known) Gay Website Blocked by Government 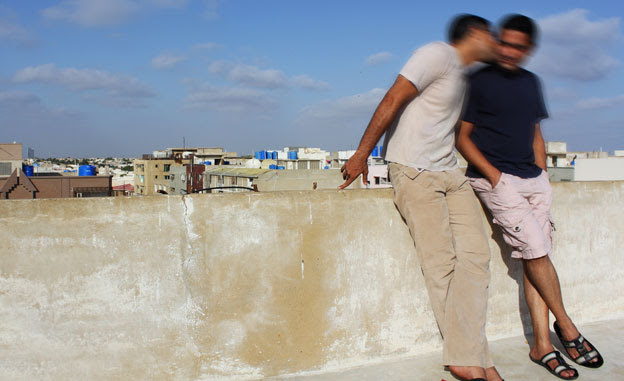 Pakistan's first website for homosexuals has been blocked by the authorities.

Queerpk.com was set up in July to offer support to the gay community. The site's founder told the BBC the ban violated freedom of speech.
Pakistan's Telecommunication Authority (PTA) has not commented. The site is still available outside the country.
Homosexuality is still taboo in Pakistan and technically illegal, although laws are rarely enforced.
Queerpk.com was launched with the slogan "Know us, don't hate us" and aimed to raise awareness of gay issues and offer advice and sex education to gay, lesbian and transgender people in Pakistan. 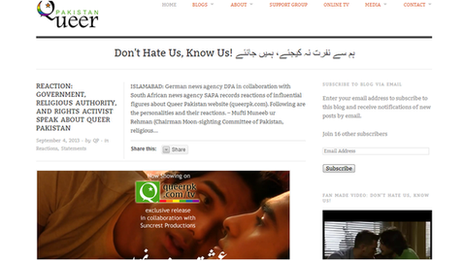 When the BBC tried to open the site in Pakistan it got a message that due to forbidden content, access had been denied.
"Our website does not contain any explicit or offensive content so the PTA decision to close down the website without any notice is unconstitutional and opposes freedom of speech," Queerpk.com's founder, who did not want to be named, told BBC Urdu.
"Mostly, us homosexuals use this website to bring forward health-related issues as sex education is a taboo in this country.
"That is the reason why we carefully chose our language so as there is no reason for the government to ban this."
Queerpk.com's staff do not want to pursue legal action as that would bring them into public view, he said, but they hoped through human rights groups and social workers to record their protest with the government.
For now, the site has been mirrored onto a new domain name to allow access for web users outside Pakistan.
Pakistan's recent record on internet freedom is poor.
It has been more than a year since a ban on YouTube was imposed and some Baloch sites have also been blocked while the insurgency by nationalist rebels in Balochistan province continues.
Over 5.6 Million Reads Adam Gonzalez at September 26, 2013