Why did Prison Worker Help the Escapees? Sex 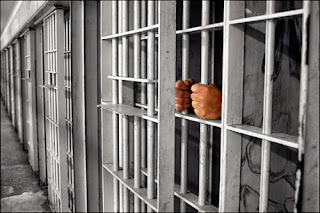 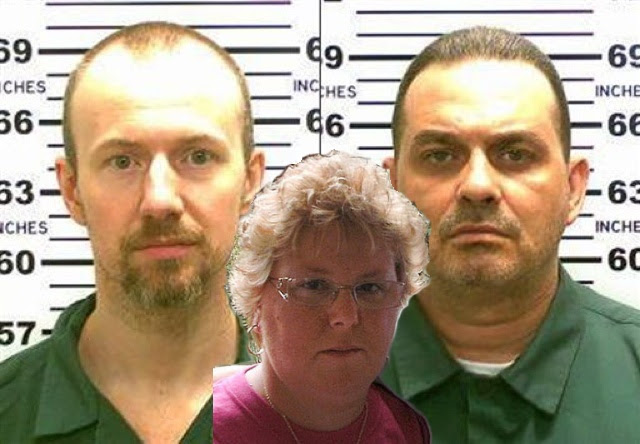 David Sweat (left), Joyce Mitchell (center), and Richard Matt (right)
Gov. Cuomo and other state officials are following every lead and tip possible to try to track down the two convicted murderers who escaped from an upstate prison last weekend, but it's becoming clear that they could be anywhere. One thing is for sure: officials are more and more convinced that prison worker Joyce Mitchell was directly involved in aiding Richard Matt and David Sweat's escape from Clinton Correctional in Dannemora.
Clinton County District Attorney Andrew Wylie told CNN that Mitchell "provided some form of equipment or tools" to the escapees; that included hacksaw blades, drill bits and eyeglasses with lights affixed to them. It is believed that she was going to act as their getaway driver—or perhaps procure a getaway driver for them—but she got cold feet and checked herself into a local hospital for a "panic attack" the day of the escape.
Mitchell has been described by her ex-husband as a sex-crazed homewrecker who cheated on him with his coworker, who she later married. There was apparently an incident in which she allegedly had sex with him on the railroad tracks outside the factory where she worked, which caused much drama and gossip amongst her coworkers.
“She was quiet up to a point, but she would always be the one who would be trying to get people into trouble," former co-worker, Nancy Hewitt told the Daily Mail about "troublemaker" Mitchell. "I know for a fact that a friend of mine who works at the prison told the authorities there not to hire her because she’d cause trouble — but they did, and now look what happened."
State Department of Corrections officials had previously received a complaint about the relationship between her and Matt. After the escape, Mitchell told investigators Matt made her feel "special." Her cell phone was also used to call people connected to Matt. Prosecutors have noted that Mitchell could eventually face felony counts (including accessory to escape and promoting prison contraband), but did say she has been "extremely cooperative."
Sweat, 34, was imprisoned for life for killing a sheriff's deputy in Broome County, and Matt, 48, was serving a 25-year sentence for killing and dismembering an upstate businessman. During their escape, they managed to cut through their cell's steel walls, traverse the catwalks in the prison's infrastructure, hack into a steam pipe that wasn't in use, and finally climb out through a manhole on the other side of the prison walls.
Friends and family aren't shocked that Matt, who has been described as dangerously charismatic, was able to seduce a prison worker: “When [Matt’s] cleaned up, he’s very handsome and, in all frankness, very well-endowed. He gets girlfriends any place he goes,” David Bentley, a retired detective from Tonawanda, told the Daily Beast of him.
Matt's son also wasn't surprised, and talked about his many previous escape attempts. "You know he has escaped before. He has a genius IQ. I can’t believe they let this happen," 23-year-old Nicholas Harris told The Buffalo News. He noted that he has never really spent time with his father, and was raised by his mom and stepfather: “I was mature enough at that age to know I already had a father figure. I decided a relationship would not be healthy.”
Nevertheless, he recalls Matt bragging about attempting to escape from a Mexican prison: "He said he made it up to the roof of the prison and got shot in the shoulder. He pulled down his shirt and showed us the bullet wound. This guy has bullet holes on his body. He’s been shot like nine times. It’s like they can’t kill him. He showed me the scars on his forearms from another time he escaped.”
Ben Yakas
Gist
Over 5Million Reads Adam Gonzalez at June 13, 2015

Email ThisBlogThis!Share to TwitterShare to FacebookShare to Pinterest
Labels: Jail