Conservatives think Gay Marriage Fight is Over, this is Why 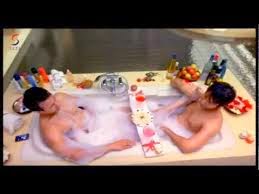 When you consider the overwhelming odds for those who oppose same-sex marriage, this seems reasonable. A recap:
The empathy factor also plays in gay marriage supporters' favor. A majority of Americans now think gays are born that way, according to a recent Gallup Poll. That helps supporters shift the debate to a civil rights issue.
Perhaps most importantly, this week's Pew survey found that nine in 10 Americans know someone who is gay. And simply knowing someone who's gay is a major indicator when it comes to whether people opposed to gay marriage will change their minds, according to the 14 percent of Americans (a large number for such a partisan entrenched issue) who told Pew in 2013 that they changed their mind in support of gay marriage. A 2013 Pew Research survey found knowing someone who is gay is the biggest reason people change their minds on gay marriage.
"Once Americans became comfortable with gays on a personal level, it became easier to reconcile their opinions toward gays, and shift on gay marriage," Glen Bolger of the Republican polling firm Public Opinion Strategies told our own Chris Cillizza last month.
[The absolutely stunning rise in support for gay marriage in 1 chart]
In the face of all this, social conservatives seem to have moved on to other priorities. A scan of 10  prominent social conservative groups' websites finds only two have mentions of the same-sex marriage debate, and only one on its home page. The upcoming Supreme Court decision on Obamacare subsidies dominates the conservative base's digital ink.
Meanwhile, conservative supporters of same-sex marriage are arguably doing more than opponents. Alex Roarty in National Journal attended one such event recently:

"Even foes such as the Family Research Council's Tony Perkins acknowledge that Young Conservatives for the Freedom to Marry and its allies this year are better organized in this fight than his side."

Republicans, whose official platform is that marriage is between a man and a woman, aren't blasting gay marriage the way they do the president's nuclear deal with Iran or Hillary Clinton's e-mail scandal. GOP presidential candidates like Sen. Marco Rubio and Wisconsin Gov. Scott Walker say they support constitutional amendments that let states define marriage as between one man and one woman, but also say they'd attend or have attended a gay friend or relative's wedding.
All this may not change the minds of social conservatives. But it seems to have convinced them to at least give up the fight.
Amber Phillips writes about politics for The Fix. She was previously the one-woman D.C. bureau for the Las Vegas Sun and has reported from Boston and Taiwan.
washingtonpost.com
Over 5Million Reads Adam Gonzalez at June 10, 2015