[This report appeared today on The Mirror in the UK, written by Allison Phillips] 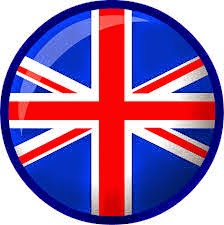 First off, if we are to can every institution for its failings, we’d have no institutions left.
Certainly no health service after the Mid Staffs scandal, no Parliament after MPs' expenses, no banks after lending scandals, no police after Stephen Lawrence, Hillsbrough, and other outrages, and no newspapers after hacking.
When bad stuff happens kids run away. Adults stay and fix them. It’s our responsibility to do it to make the world better for all those that follow us.
It all comes down to babies and bathwater.
But David Cameron, along with his mate Michael Gove, is prepared to drown a lot of babies to rid himself of the human rights bathwater so repellent to his true blue bathers. They’ve leapt upon the 800th anniversary of The Magna Carta as a convenient hook to scrap the Human Rights Act and replace it with a British Bill of Rights.
Contrary to the way they’re spinning it this week, David Cameron didn’t personally devise The Magna Carta. It was actually dreamed up by a group of English barons and pretty much established the rule of law for the first time. That became the basis of law which spread around the globe and is perhaps our nation’s finest achievement.
And the basis for much of the Human Rights Act.
But David Cameron was this week writing about the frustrations of the ‘human rights laws’. Yes, I totally agree that the way the Act has been enforced, and the slowness and bureaucracy of the European Court of Human Rights, is unacceptable.
But deal with that then. Don’t just bin the rights themselves... the right to life, the ban on torture, protection against slavery, the right to a fair trial, respect for privacy, freedom of thought and religion, free speech and peaceful protest.
If the system isn’t working, let’s be adult and fix it.
Let’s not childishly strop off home. Because we are better than that. Our government,our British government, should be a beacon of fairness and justice to the world – and most especially our neighbours who we desperately need to encourage to stick with the European Convention on Human Rights.
Because lawless neighbours are dangerous. What’s the point in living a good life and bringing up your kids well if your neighbours are doing what the hell they like and making the whole street’s life a misery?
Just ask the people of Ukraine how they feel about lawless neighbours. Terrified.
“If the human race wishes to have a prolonged and indefinite period of material prosperity, they have only got to behave in a peaceful and helpful way toward one another.”
That wasn’t some leftie defender of the Human Rights Act. That was Winston Churchill, one of its greatest supporters.
One of the finest things about our country is that we have understood our Rights and our Responsibilites. Others may not. All the more reason why we must never sink to their level.
Over 5.6 Million Reads Adam Gonzalez at June 17, 2015