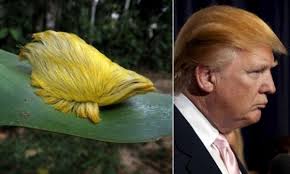 "When Mexico sends its people, they're not sending their best. They're sending people who have lots of problems (which include) drugs and being rapists," said Donald Trump, presidential hopeful and real estate mogul, recently.
The statement has caused controversy and elicited much reaction in the Mexican-American and Latino community.
"The remarks by Donald Trump seem prejudicial and absurd," Miguel Ángel Osorio Chong, Mexico's interior minister, told The Washington Post at an anti-discrimination event.
The latest to fire back at Trump is Mexican rock group Maná, who dedicated a song to Trump entitled, "Somos Más Americanos."
"There is a character named Donald Trump, who made very violent declarations with great hatred of Mexicans and Latin Americans and called us rapists, criminals, drug traffickers. This is all trash,” said Fher Olvera, group leader, in a press conference before their “Cama Incendiada" ("Burned Bed") tour at the Staples Center in Los Angeles.
"He surely doesn't know the contributions made by migrants from practically every nation in the world, who have supported the development of the United States," Chong said.
In his presidential nomination announcement, Trump also suggested building a great wall between the U.S. and Mexico and taking it one step further, Trump said, "I will make Mexico pay for that wall."
Maná, a winner of 11 Grammys and 14 Billboard awards, cited Trump's announcement as hate speech.
“To me it makes me sad because Mexicans have come to help build this country," said Olvera, "It is sad that someone with such hatred in his heart has a microphone to say those things."

Email ThisBlogThis!Share to TwitterShare to FacebookShare to Pinterest
Labels: Racism