Stephanie Miller: Time For Me To Stop Cheering Gay Rights From The Sidelines 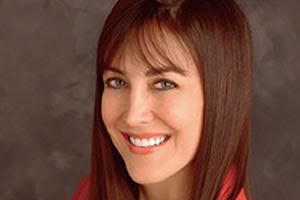 Stephanie Miller says she came out lesbian last month because “it was time
for me to stop cheering gay rights from the sidelines.”
In a new interview published Wednesday with Chicago gay weekly Windy
City Times, the 48-year-old progressive radio host talks about what
motivated
her to come out gay.
“For me it became time to stop cheering gay rights from the sidelines
and step down on the battlefield and put a human face on it,” Miller said.
“I'm just one more, but I think that's part of what moves any civil rights
battle forward is
people putting a human face on it.”
During a broadcast last month on the syndicated radio program The
Stephanie Miller Show, the former comedienne said she had grown
concerned about her ability to speak on issues such as gay marriage and
open gay military service “authentically” without offering a full disclosure.
Miller credited openly lesbian country singer Chely Wright, with whom
she has become good friends in recent months, with inspiring her to
come out publicly.
“And there are people who inspired me, like my friend Chely Wright,
who's the country singer who just came out,” Miller told the paper.
“We got to be friends and she was able to speak to it in a way that I hadn't
sort of heard before because I said on the air I've always been a very
private person and I've never said 'I'm straight' or 'I'm gay' or made up boyfriends.”

BY ON TOP MAGAZINE STAFF