AIDS Related Deaths Decline 19.5 Million But Resistance is a Problem 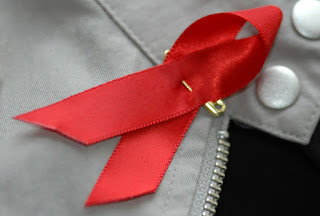 The Ending AIDS report reveals that in 2016, more than 70 per cent of HIV-infected people knew their status, 77 per cent of whom were accessing treatment. Of those, 82 per cent were virally suppressed and helping to prevent virus transmission.
Eastern and southern Africa, western and central Europe and North America and Latin America are on track to reach the targets by 2020 – with Botswana, Cambodia, Denmark, Iceland, Singapore, Sweden and the UK has already achieved it.
The Caribbean, and Asia and the Pacific can also reach them if programs are further accelerated, says the report.
The most significant impact of scale-up has been in reducing AIDS-related deaths, which have almost halved in the past 10 years. Accordingly, life expectancy has significantly increased in the most affected countries, particularly in eastern and southern Africa.
“Communities and families are thriving as AIDS is being pushed back,” said Mr. Sidibé. “As we bring the epidemic under control, health outcomes are improving and nations are becoming stronger."

In contrast, progress against the targets has been poor in the Middle East, North Africa, Eastern Europe, and Central Asia, where AIDS-related deaths have pointedly risen. Exceptions, however, include Algeria, Morocco, and Belarus, which have increased HIV treatment access from 2010 to 2016.
The report also shows that globally, 30 per cent of people living with HIV still do not know their status, 17.1 million are unable to access ART and more than half are not virally suppressed.

The good news comes with a warning reported on the same day. The warning is of resistance of the virus to the life-saving drugs.  This mainly happens when the meds are not used as prescribed or there are interruptions many times due to not availability because of money.
On page 6 of adamfoxie you will find the report.