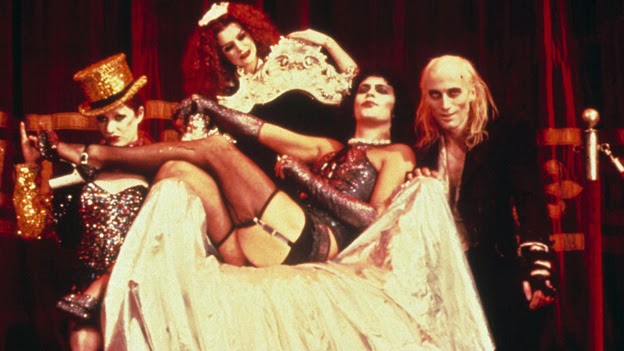 The sexual mores of the 1970s have been the subject of intense focus recently, but there is much to be celebrated about this period of "volcanic upheaval", writes Sarah Dunant.

A couple of weeks ago while working in Florence, I went to a one-off performance of the Rocky Horror Show, now the grand old age of 40 and still going strong. Most of its cast would have been strings of random DNA when the show first opened in London in the tiny Theatre Upstairs at the Royal Court. The Italian who played Frank n' Furter was probably a spotty adolescent then, dreaming of becoming an actor with the body of Mr Universe. Having got his desire there was a coup de theatre moment as he shimmied downstage in eight inch heels, fishnet stockings and a woman's corset dangerously too small for him.

The dialogue was in Italian and the songs in English, enthusiastically mangled by heavy accents. It hardly mattered because most people knew the words anyway. As befits tradition, the audience (aged 17-70) gave the cast a sartorial run for its money - gothic French tarts, cross-dressing vamps and left-overs from the glam rock era, all eager to dance to the Time Warp.

Waving my boa and doing the pelvic thrust again after what I can only say is a number of years (aren't you lucky you weren't there?), I couldn't help thinking how that track - and the show's staying power was always the pizzazz of Richard O'Brien's songs - was a fitting anthem not just for the show but also for the decade that produced it.

The '70s, as we know, are currently in the dock undergoing cross-examination when it comes to matters of sexual behaviour. With that in mind, it is worth dwelling a moment on the mood of the Rocky Horror as it stormed the theatrical barricades in 1973. It was both extremely silly and knowingly naughty. An early post-modern magpie (there's a good '70s term), it stole and mixed together all manner of references from popular b-movies: mostly horror and sci-fi. But with its own modern twist. And that twist was sexual.

Frank'n'Furter (Tim Curry was to the show what Julie Andrews was to the Sound of Music) as the outrageous transsexual transvestite from Transylvania was the personification of sexual transgression. He was like a baby stuck in the oral phase, wanting to consume everything in his sight - from his own creation Rocky (touch of incest) to the innocent young Brad and Janet (the '70s devouring the '50s). There is a scene - hilarious then and hilarious now - in which he visits in the night and pleasures both of them separately. Janet's reaction showed that no-one, certainly not Janet herself was offended.

Sexual experiment, gender slippage, gay sexuality, the age of consent, the smashing of boundaries and taboos, the '70s were a time of volcanic upheaval. There was some dark stuff too - the Paedophile Information Exchange scandal, currently stalking two eminent feminist politicians about the brief flirtation that organisation had with the edges of free speech, is an example of how wild the boundaries of the wild west were. But PIE died a pretty fast death and though it is probably blasphemous to suggest it now, the decade ended with something which for many seemed at least as shocking - the anarchy of punk and the Queen's safety pin.

Fawcett Society protest, 1973
The 1970s saw the women's movement make major strides against discrimination
Like all rebellion that doesn't turn to violent revolution (surely the greatest compliment we can pay to our hard-won British democratic system) it reached a high water mark and then retreated, but it left a changed landscape in its wake. The prerequisite of a more open sexual culture was to question things that had been silent and hidden, even shameful. One of its most powerful legacies was a women's movement committed to exposing and demanding action on rape and police treatment of victims and, on domestic violence and sexual abuse in the home. The same campaigning energy went into redefining the role of women in the workplace, legislating against discrimination and sexual harassment. And along with the rights of women, came a growing awareness of the rights of children. Basically, without the '70s we would never have had the debate, the public awareness, the sense of outrage or even the occasionally blunt tool of the law to judge the present and the past.

It is inevitable - given how many of us are our own living witnesses on the decade - that there will be versions of contested experience, outside as well as inside the court.

I swam in shark-infested waters - many, though not all, of my own choosing - and in the process suffered (though it was not a word I would have used at the time) what might now be defined as sexual harassment. When I bring up this topic with my daughters, in their twenties, they are adamant that there is no wriggle room here and such behaviour should be a matter for the courts. In their judgement on what was my life experience they are more militant than me. It's not quite what our generation expected and it doesn't always feel comfortable. But hey - we didn't start this social change in search of comfort.

Isle of Wight festival-goers dancing, 1970
The hippie generation rejected what it thought of as the "hypocrisy and repression" of the '50s
The debate between those who live the past and those who inherit it, is an early stage of how history gets written. I know this from personal experience. In my own lifetime I have radically changed my view on the '50s. Born into that decade I felt the right to have an opinion on it. For many years as a young adult I saw it as grey, drab, boring - post-war exhaustion eager to construct a normality behind which lay all manner of hypocrisy and repression. Looking back now I see it differently. Having my own children and watching my parents die has given me a deeper perspective. Now I am more forgiving towards a generation that - coming out of horror - saw normality and stability as an achievement rather than a straitjacket, and so was duly astonished and horrified when its children chose angry rebellion over any kind of gratitude.

The '50s, of course, were all this and much more and our view of that decade will go on changing long after I am dead. That is the dynamism of history. Each new future throws its own spotlight on the past.
Richard O’Brien: ‘I’m 70% man’ 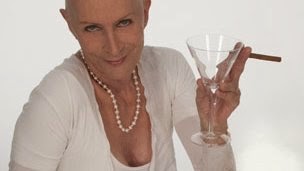 Rocky Horror Picture Show creator Richard O'Brien says he thinks of himself as 70% man and 30% woman - what does he mean?

When it comes to sexual history we are still learning. I spend most of my working life immersed in what is considered one of the most artistically and intellectually creative periods of history - the Italian Renaissance. In matters of sex, though, it was a primordial swamp. Rape was a last ditch form of courtship, men in their 30s, 40s and 50s regularly married girls of 14 or 15, surplus girls were shoved into convents, incest was not uncommon, men of good breeding fathered scores of illegitimate children, while their wives - or the ones who got caught - might well have been murdered and homosexuals were mutilated or burnt at the stake. Sex between women was so unthinkable there was no word for it.

Shocking and fascinating, what is perhaps more surprising is that much of the detail of what we know now, we've learned only recently. We are back to the impact of the '70s. Because it was that decade which saw the emergence of historians, academics and cultural thinkers who - having turned their back on the accepted canon of dead white male history - chose instead issues of gender and sexuality, going back into the archives and records to uncover a new past.

So where does this leave the '70s for those of us who lived through them? How far should we be applauding the achievements or doing penance for the faults? How about both at the same time? Agreeing that terrible sexual behaviour (hardly new to the 70s) took place, some possibly encouraged by a sense of freedom, but exactly that same freedom and openness changed society's attitudes, making us more tolerant of some things and less tolerant in others. Surely, something to be celebrated.

Wherever the line gets drawn, let's not forget the exuberance and mischief of the decade. Back to the Rocky Horror Show and that magnificently silly anthem. If sex is a live electric current running under the surface of history, maybe each time we plug in, it'll feel like the time warp again.

Tim Curry as Frank'n'Further
A Point of View is broadcast on Friday on Radio 4 at 20:50 GMT and repeated on Sunday at 08:50 GMT. Catch up on BBC iPlayer