The Billionaires First came for the Money, then they Stoled the Country 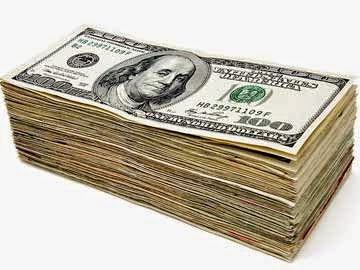 First the rich-rulers came for our economy, and we said nothing.
Then they came for our government, and again, we said nothing.
Now, they've come for science, and we're not saying a word.
Thanks to Republican-backed austerity measures, our nation’s scientific infrastructure has been hit with devastating budget cuts.

And as Steven Edwards, a policy analyst with the American Association for the Advancement of Science said, “For better or worse, the practice of science in the 21st century is becoming shaped less by national priorities or by peer-review groups and more by the particular preferences of individuals with huge amounts of money."

From disease research and underwater exploration, to space travel and climate change denial, billionaires are funding just about all aspects of science -- or pseudoscience -- in America today.
As a result, basic science research, which is most often responsible for huge scientific breakthroughs, is suffering, because it's not in the personal interests of the billionaires.
They’re only funding areas that they personally care about, and they're privatizing science in the process.

But this billionaire takeover of science in America shouldn't come as a surprise, because it's just the latest piece of the puzzle.
Before they had their sights aimed on science, the billionaires came for our economy, and turned it into an oligonomy.
With the help of Ronald Reagan, they unleashed Reaganomics on America, taking our nation back to the Gilded Age era of oligonomy, an economy dominated by oligarchs.
In 1981, soon after he took office, Reagan signed into law one of the largest tax cuts in history.

That legislation included a 23% across-the-board cut to individual income tax rates.
And in 1986, Reagan again lowered individual income tax rates.
Meanwhile, Reagan also stopped enforcing the Sherman Antitrust Act, a law that has been on the books since 1890.
The Act prevents monopolies from forming, and protects against other unfair business practices.
Unfortunately, without being enforced, corporations were allowed to grow out-of-control under Reagan, as the billionaire oligarchs got even richer.
This all inevitably led to a massive split between the wealthy elite and everybody else in America, a gap in income equality that is getting worse and worse every day.


Next, the billionaires came for our government, and turned it into an oligarchy. 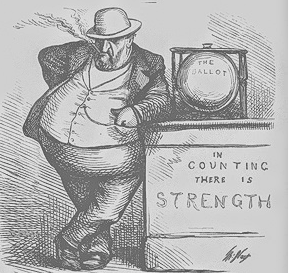 From the halls of Congress to state houses across the country, government is working for the wealthy elite first, and everyone else second.
The ultimate proof of the oligarchs' success in taking over our government came in 2008, when they crashed our economy.
During the Great Recession, total U.S. household wealth fell by about $16.4 trillion, with much of those losses going into the pockets of the oligarchs who caused one of the worst economic collapses in American history.
Not a single billionaire bankster was jailed or even prosecuted for that collapse.
And for even more proof that Washington has turned into an oligarchy, the NRA, a group that is among the oligarchs, is fighting feverishly to block President Obama's nomination of Dr. Vivek Murthy to be Surgeon General.
With help from current Senators, including Democrats, the NRA has launched campaign against Murthy, arguing that his position that gun violence is a significant public health threat means that he is hostile towards the Second Amendment rights of American citizens.
Over the past 40 years, billionaire oligarchs have slowly but surely taken over just about all aspects of life in America.
But enough is enough.
It’s time to end America’s oligonomy by rolling back the Reagan tax cuts and enforcing the Sherman Anti-Trust act, so that corporations can't grow out-of-control and amass endless piles of money.

And as for Washington’s ruling oligarchy, we need to roll back Citizen’s United, and say loudly and clearly that money is not speech.

By Thom Hartmann (about the author)
opednews.com