The Bieber is Hit The Justice System and Since Everyone Comes Out Scarred by It, We’’ll Ck.for New Tattoos 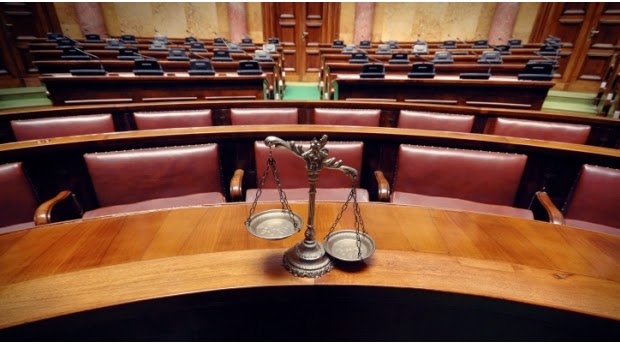 You don’t want to seem out of it, so here’s what you need to know: Canada’s most regrettable export, Justin Bieber, recently underwent a deposition in Miami in a civil lawsuit filed by a paparazzi photographer who claims that the Bieb ordered his bodyguard to beat the photographer to a senseless pulp and, even more tragically, to take the memory card from his camera. And now you can barely click on a kitty video on YouTube without having to squirm past a clip of this train wreck.
I thought about doing this as a parody, but as the saying goes, sometimes the jokes just write themselves. As a public service, however, Buzzology is providing the highlights of Mr. Bieber’s lesson on how to act like a spoiled, disrespectful brat:
1. Immediately lay out the terms under which you will answer questions. Waggle your finger and rotate your neck at the deposing attorney to emphasize your feelings. If that doesn’t work, either feign a coma or walk out.


2. Grace those around you with your opinions on the current state of journalism. As a means of furthering your point, confuse a male attorney with journalistic superstar Katie Couric.

3. Give ol’ Dale Carnegie a good spin in his grave and viciously attack the one person in the room who has no dog in the fight — the court reporter.

4. Claim to have forgotten ever having set foot in Australia, one of the most memorable continents in the world. In all fairness to Mr. Bieber, he might not remember traveling to Australia simply because he might not know where Australia is.

5. Clearly show the world your lack of SAT prep by confusing the words “detrimental” and “instrumental” — as in, “I was discovered on YouTube. It was detrimental to my career.” Well, sure. If you learn to read by hanging around on YouTube — Land of Intellectual Discourse — then of course it will be detrimental to your career.

While you’re at it, Mr. Bieber, why not hit it out of the ballpark by forgetting the international superstar who helped make you famous? Oh wait, you did that, too.
Hope you don’t have to stand in front of the Swingin’ Judge.
Deb Amlen
Tech Columnist

Wether you are guilty or not, poor or rich once you go thru the massive slow wheels of the american justice system, you would have some scars to show. Some, particularly because of their low education and low resources will never come out or spent the majority of their rest of their lives dealing with it.

It’s not necessarily that you are behind bars, that is just one part of it.  It’s dealing with it’s tentacles that spread wide and are suffocating, can destroy an individual’s liberty by its bureaucratic system of probation, fines, classes that are there not to teach anything but to punish the individual both financially and time wise.

Yes, there are many that abuse the system as we often hear. For those either they are smart enough with the right money to throw away or just they have become cured of the pain it inflicts and like the individual that has no capacity to feel pain anymore and can stick his  hand on the fire to consume the fresh yet he does not feels it as it burns.

We will see what happens with the Bieber. My guess is that this being the first encounter he will probably go back to his old ways but with a more careful way of doing things. He can continue to do everything he was doing before except he can’t drive himself and he can’t punch other people  himself. People in his position have handlers to do all that for them.