Gov.Christie and His Pal Lawyers Made $ out Like Bandits 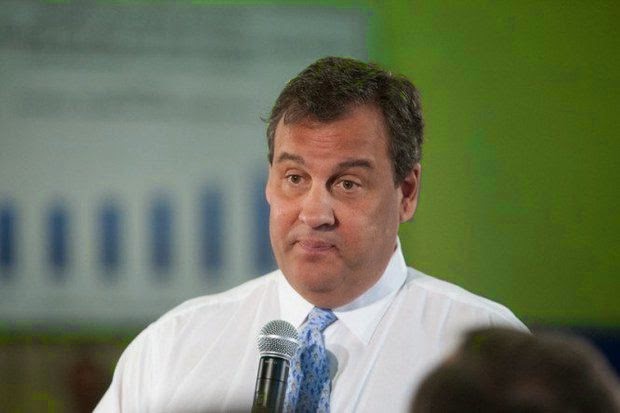 A guy writes a book. The guy goes on TV to promote the book. Agents of the federal government do not like the book. They get a judge to throw the guy in jail for 10 years.
The kicker: The media covered this as if it made sense.
That happened last week with TV pitchman Kevin Trudeau. His crime? He made infomercials promoting his book of diet advice. The feds convinced a judge it was bad advice. The judge agreed and sentenced Trudeau to a decade behind bars.
The media coverage was slanted to the government’s position. The reporters compared Trudeau to a carnival barker and quoted judges and prosecutors about how bad the book is. None of the reporters seemed to notice that the traditional response to a bad book should be a bad review, not a prison term.
"That’s how you critique a book in a free society," said Harvey Silverglate when I called him at his Boston office. "Reporters never understand they’re being taken for suckers. Supposedly their job is to be skeptical of the government, but they never learn. I don’t understand it."
Neither do I. But as a corrective, I hereby recommend to my fellow members of the media Silverglate’s book “Three Felonies a Day: How the Feds Target the Innocent.”

Silverglate is perhaps the most prominent critic of out-of-control federal prosecutors. (He's also a founder of the Foundation for Individual Rights in Education; see video below.) I have been talking with him a lot lately to gain insight into just what we can expect in the ongoing saga of one man who once fit that description.
That’s our governor. When he was a U.S. attorney, Chris Christie made headlines by employing the same techniques that have permitted federal prosecutors to attain their outsized powers, said Silverglate. Those powers have become so extensive that, as the book title suggests, an ambitious prosecutor can manufacture federal felonies out of all sorts of everyday activities.
For politicians, those everyday activities include the sort of dirty tricks pulled by the governor’s appointees in the George Washington Bridge scandal. That was certainly bad behavior, but in Silverglate’s eyes it doesn’t rise to the level of a federal crime any more than Trudeau’s irritating infomercials did. But an ambitious prosecutor could easily find charges to bring against Christie and those around him, said Silverglate.
"They could charge them with interrupting the flow of interstate commerce," he said. "They could also claim they used a telephone and emails to perpetrate a false story that this was a legitimate traffic study."
Whether the current U.S. attorney, Paul Fishman, will turn out to be that inventive remains to be seen. However, "Christie has to know he’s in trouble depending on whether his successor in the U.S. Attorney’s Office is as bad as he was," said Silverglate.
The irony is that back when he was riding high last summer, Christie was a leading proponent of the lock-’em-up-and-throw-away-the-key school of thought. He characterized as "dangerous" the views of Kentucky Sen. Rand Paul and others in the libertarian-leaning wing of the GOP.
Silverglate said he’s glad that at least someone on the national scene is starting to see the threat from ever-expanding federal power — even if the members of the media don’t seem to get it.
That was evident in the coverage of another case that made the news last week, when the Toyota Corp. agreed to a $1 billion settlement with a U.S. attorney over those allegations of unintended acceleration, he said.
In fact, a National Highway Transportation Safety Administration study concluded, "There is no electronic-based cause for unintended high-speed acceleration in Toyotas." The report stated that most of the accidents were a simple matter of driversstepping on the accelerator instead of the brakes.
But that didn’t stop a headline-hunting U.S. attorney from indicting the company. Here we saw another stunt often pulled by Christie as U.S. attorney, the "deferred prosecution agreement."
"A deferred prosecution agreement is a Department of Justice racket." - Harvey Silverglate on a stunt Christie used to pull to enrich his lawyer pals.
"A deferred prosecution agreement is a Department of Justice racket," Silverglate said. "It’s the kind of offer the company is not in a position to decline."
That’s because no company can afford a long, drawn-out court fight even if it is ultimately found not guilty. Instead, defendants agree to pay a big fine and then hire a monitor, i.e. a lawyer pal of the U.S. attorney who can collect millions in fees.

In Christie’s case, his buddies made out like bandits in these deals. Silverglate can provide endless examples of other prosecutorial excesses affecting everyday Americans.
Those stories rarely make the news, but, "It’s funny when it happens to a governor who’s a former federal prosecutor," he said.
Somehow I suspect Christie isn’t laughing.