Westboro Baptist Church founder Fred Phelps died this week. Phelps was strident in expressing his anti-gay views. So strident that he and his family picketed funerals, particularly military funerals, with messages like “God hates fags.”

Phelps and his followers were decidedly fringe and extreme. But their sentiment–the overall antagonism toward the LGBT community–is not foreign to the mainstream. And that was brought home in a recent column written by the evangelist Franklin Graham, in which he said that Russian President Vladimir Putin is right on gay and lesbian issues.

Putin’s laws banning the expression of homosexuality, however loosely defined? Right. His laws banning advocacy for equal treatment? Right. His laws that have stoked a climate of fear among LGBT Russians? Right.
Right.
And that’s why my letter this week is to Franklin Graham, the son of famed evangelist Billy Graham and president and CEO of the family ministry.
Dear Mr. Graham,
It’s me. Jonathan. 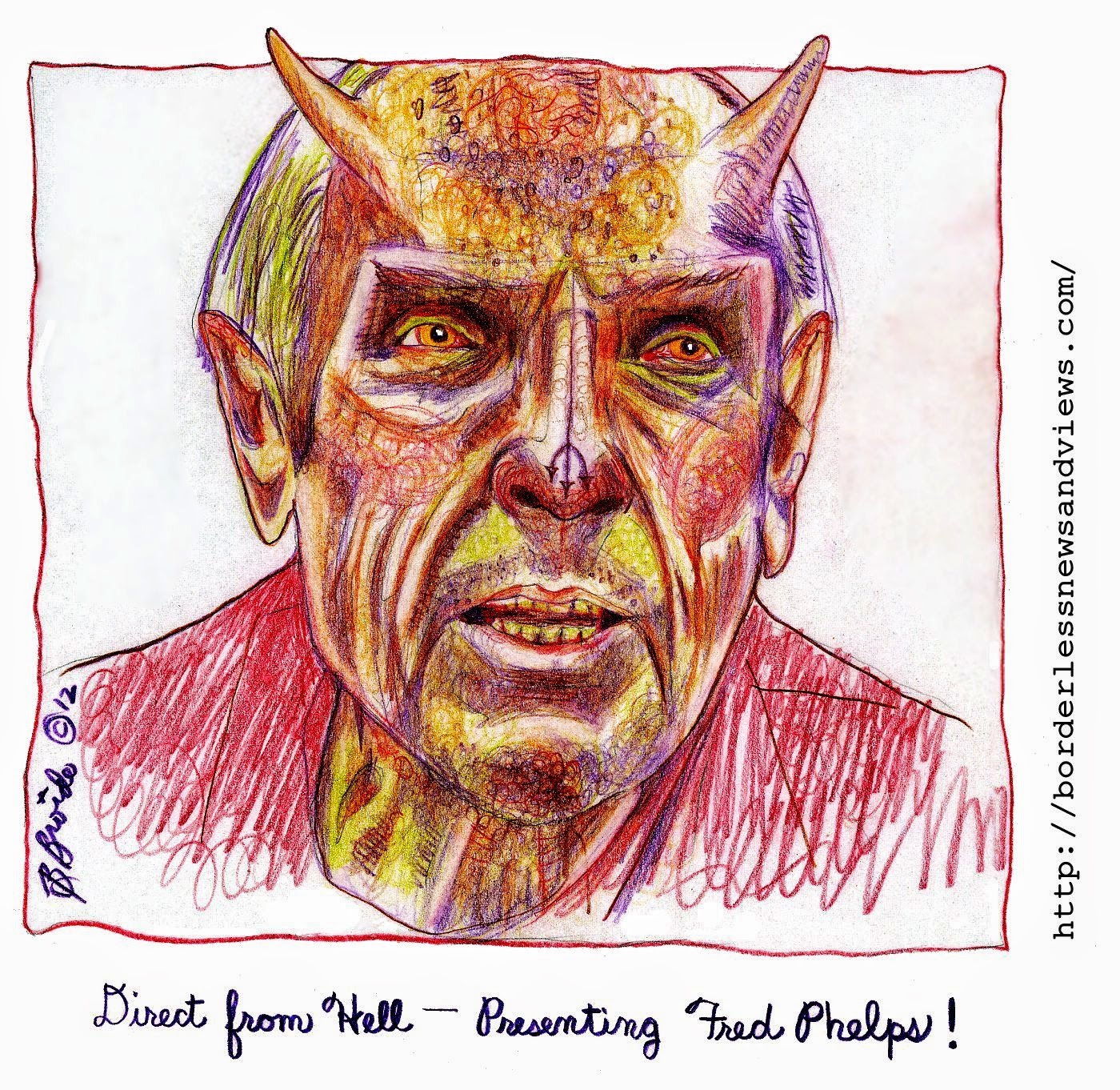 Here’s what you wrote in your monthly column in the March issue of Decision magazine.

“In my opinion, Putin is right on these issues. Obviously, he may be wrong about many things, but he has taken a stand to protect his nation’s children from the damaging effects of any gay and lesbian agenda.”

Yes, “taken a stand” by making it a crime to promote so-called homosexual propaganda to minors–that can mean just telling a young person that same-sex couples are equal to opposite sex couples. Nope. Can’t say that in Putin’s Russia. Because he’s taking a stand!
According to Human Rights Watch, the law passed last year has coincided with an increase in discrimination–including psychological abuse and physical violence against LGBT Russians. State-run media outlets have called LGBT Russians “perverts” and one leading talk show host said the hearts of gay organ donors should be burned or buried rather than used to continue someone’s life. (That man, by the way, has been appointed by the Kremlin to head the new Russian state-run media conglomerate.)
This is the law that you, Franklin Graham, say Putin has “right.” You also said:

“Our president and his attorney general have turned their backs on God and His standards, and many in the Congress are following the administration’s lead. This is shameful. The world used to look to America for moral leadership. But those days are long gone.”

Mr. Graham, you are the son of Billy Graham–America’s preacher! Spiritual advisor to every U.S. president since World War II. Your father, when he was running the show, was careful to strike an inclusive–even nonpartisan–note. And even though he opposes same-sex marriage, he has never called for oppression of–or violence against–gays and lesbians.
In fact, in 1997, during a revival in San Francisco, your father said,

“What I want to preach about in San Francisco is the love of God … People need to know that God loves them no matter what their ethnic background or sexual orientation.”

And yet you accuse our president of turning his back on God–of abandoning the nation’s children to the “gay and lesbian agenda.” Now let’s be clear about what we’re talking about here–about what, exactly is on that agenda. It’s things like guaranteeing that we be able to work and make a living, without being fired for who we love or for how our families look.
That we can enjoy the modicum of economic security for our families that comes with being married. That we can raise our children without the fear that they could be taken away by an intolerant government. And that we can walk down the street without being humiliated, beaten bloody, or killed just because of who we are.
That is our agenda. It is a human agenda. And, quite frankly, it’s the American dream. That you found it so critical to protect children from that that you embraced Putin is breathtakingly offensive.
Sincerely, Jonathan

Email ThisBlogThis!Share to TwitterShare to FacebookShare to Pinterest
Labels: Religion/homophobia