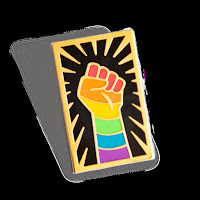 In 2010, Argentina became the first Latin American country to legalize same-sex marriage, largely due to the work of LGBT activists like Esteban Paulon.
Paulon, who didn’t have a partner at the time, saw this movement as a political struggle, rather than a personal one.
“I fought for the law without knowing if I would ever get married or not,” said Paulson, vice president of the Argentine LGBT Federation. “But on the journey to this achievement, I met my partner.”
Paulon and his partner were married three years after the law was passed—turning a national political achievement into a personal milestone they were able to celebrate with their friends and family.
“If the state says that all families are equal before the law and that all families have the same worth, this inevitably has an effect on daily life and on social perception about sexual diversity,” Paulon said. “The fact of being able to access marriage is also personal.”
Since 2010, more than 15,000 same-sex couples have been married in Argentina, the tenth country in the world to legalize same-sex marriage. The decision illustrated Latin America’s unlikely leadership in the fight for LGBT equal rights. Indeed, the focus on the US gay rights movement has overshadowed other countries where important gains have been won. Finally, Latin America is being recognized as a major leader in the global LGBT movement by both academics and major global activists groups like Human Rights Watch.

And rightly so. Not only was Argentina the first Latin American nation to legalize marriage equality, but it has also enacted some of the most progressive transgender rights laws in the world. Most notable is a 2012 ruling that allows transgender folks to change their gender on government documents without first having to receive psychiatric counseling or transition surgery. Argentina also requires that public and private medical facilities provide free hormone therapy and gender reassignment surgery.
Since Argentina legalized same-sex marriage in 2010, Colombia, Brazil, Uruguay, Mexico City and 12 Mexican states have also made same-sex marriage legal. Other nations, such as Chile and Ecuador, recognize civil unions between same-sex couples, though not marriages. These advances haven’t been won without vocal—and at time violent—resistance. But Latin America’s LGBT push demonstrates how vibrant activist networks, effective messaging to citizens, and access to democratic institutions have made the legalization of same-sex marriage possible.
Argentina has a strong history of LGBT organizing, dating back to at least the 1960s, explains Jordi Díez, a professor at Canada’s University of Guelph who has studied the legalization of same-sex marriage in the Americas. These networks were key to getting the law passed.
Argentina transitioned from a brutal military dictatorship to democratic rule in the early 1980s—a shift founded on the basis of respect for human rights. Accordingly, local LGBT organizations successfully appealed to citizens to approve same-sex marriage by framing it as a human rights issue. 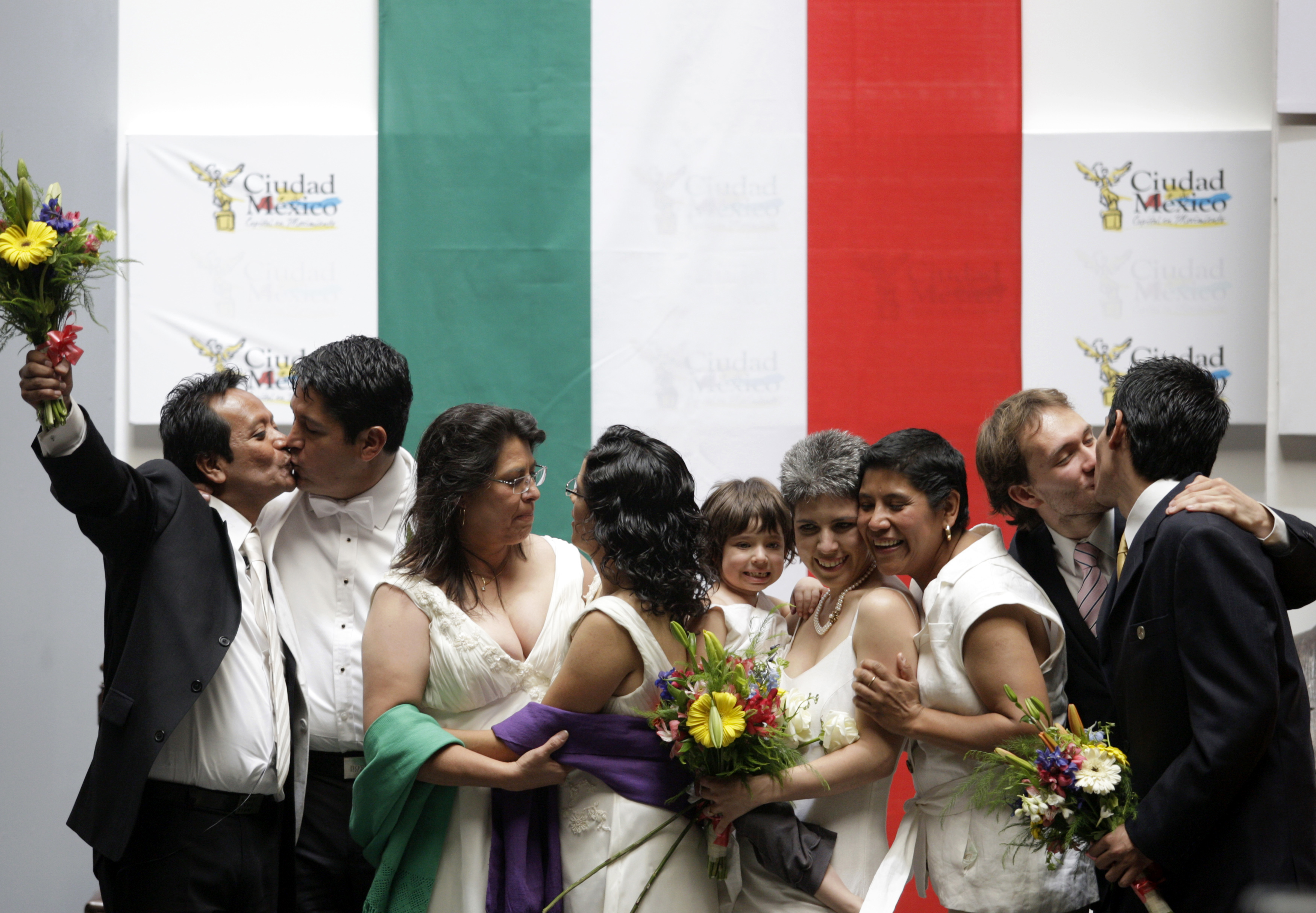 Beyond human rights, Argentina also has a unique relationship with religion. True, Latin America is known for being overwhelmingly Catholic. But the Argentine political system has developed without the infiltration of the church within the legislative assembly, Díez explains. This means—much like in the US—Argentina has essentially kept the church from defining the state. Similar approaches were successful in Mexico, Brazil, and Colombia, though they met with more religious resistance than in Argentina. Meanwhile, despite Chile’s reputation as one of the most progressive countries in the region, a surprisingly strong church has been able to halt a range of liberal policies including same-sex marriage and abortion.
Chile is just one of many Latin American nations that have yet to fully embrace same-sex rights. Much of the reason for this is economic, says Díez: “In Latin America, there is a very strong association with levels of economic development, which include levels of education, industrialization, et cetera, and support for same-sex marriage.”
Guatemala, Nicaragua, El Salvador and Honduras score lowest on the development index and also have low approval ratings of same-sex marriage. In Cuba, the same-sex marriage cause has finally taken up by Fidel Castro’s daughter, Mariela Casto, and is expected to be included in a larger constitutional reform process slated for this summer. Also, slow to same-sex marriage rights are countries in the English-speaking Caribbean, which Díez attributes to the legacy of colonialism.
Countries colonized by the Spanish or Portuguese never fully criminalized homosexuality like their British colonial counterparts. This means homophobic perceptions may be more deeply entrenched in these Anglophone societies—both new and old—according to Díez. Far more recently, Spain was among the first European nations to legalize same-sex marriage in 2005, which set an example for its former colonies. Meanwhile, same-sex marriage wasn’t legalized in the United Kingdom until 2013.

The Right to Life

Although a large portion of the region now has access to a wide range of LGBT rights, this fight has not been won without resistance. Unfortunately, there is still a high level of violence against the LGBT population—particularly trans men and women—in the region. Indeed, a 2015 study by the Inter-American Commission on Human Rights tallied nearly 600 LGBT murders across Latin America from January 2013 to March 2014.
“Alongside the advance of marriage rights in places like Argentina, Uruguay, Colombia, and parts of Mexico, you also have the rise of fundamentalist groups linked, above all, to Evangelical groups,” said Paulon, who has traveled across the region in the course of his activism. Securing basic rights like personal safety remain at the forefront of these “outlier” nations—where marriage, sadly, still seems like a distant dream.
Aldo Alexander Peña, a trans man living in El Salvador, was hospitalized in 2015 after he was beaten unconscious by police in a case that sparked a national and international outcry. Since then, Pena has become heavily involved in LGBT activism. His current priority—and that of the handful of trans-rights organizations in El Salvador —is passing a gender identity law to allow trans Salvadorans to legally change their name and gender.
“It’s not that we don’t want to be able to get married and have kids one day,” Peña says. “but when we think about it, if they are already denying us the right to gender identity so profoundly, how will they respond the day that LGBT organizations in El Salvador start to fight for same-sex marriage?”
Peña ran for a seat on the mayoral council in El Salvador’s March 2018 legislative elections. He didn’t win but believes just running is a step forward for the LGBT community in El Salvador as it promotes LGBT civic participation and political representation. Yet as Peña can attest, much of Central America has a long way to go.
There were at least 38 deadly hate crimes against LGBT Salvadorans last year.

The Campaign for Costa Rica

Larissa Arroyo, a Costa Rican LGBT rights activist who works with the organization Acceder says: “It’s important to understand that marriage is not the most important goal or the ultimate objective in the fight for equal rights, but rather it is a step, which is often symbolic. The goal is really the equal treatment of and the end of discrimination against LGBT people.”
All eyes were on Costa Rica this spring during its presidential elections when same-sex marriage became a key issue.
On Jan. 9, the InterAmerican Court of Human Rights (IACHR) declared in a landmark advisory opinion that the American Convention on Human Rights—to which Costa Rica is bound—requires all 23 signatory countries to legalize same-sex marriage.
The announcement came during the campaign season for Costa Rica’s presidential elections. And while human rights activists rejoiced, many conservative forces were galvanized to fight the ruling—which quickly became a “wedge” issue.
Throughout the campaign, polls predicted a tight race between Carlos Alvarado—of the ruling party, against evangelical Fabricio Alvarado (no relation)—who rallied support by speaking out against the IACHR decision and the LGBT population.
“For the first time in my country, I was scared. I was scared for my life and for the life of my colleagues,” said Arroyo. During the campaign, reports of hate crimes and discrimination against LGBT Costa Ricans, Arroyo said.
Arroyo was prepared for the worst as Costa Ricans headed to the ballot box on April 1. She watched the results with friends and colleagues, full of fear and anticipation. But Fabricio Alvarado was overwhelmingly defeated, losing by a 20 point margin. Relieved, Arroyo was one of many Costa Ricans who celebrated with rainbow flags at the Hispanidad Fountain, a common meeting place for marches and celebrations in Costa Rica’s capital, San Jose.
“In some way, it was how we said, ‘Ok, now we can return to publicly being who we are and we don’t have to be scared anymore of being the target of some type of violence,’” she said. Still, same-sex marriage is still not legal in Costa Rica, and legislation would have to be proposed in Congress to afford this right to all citizens.
And so the fight continues.
“Our view, at least from the point of activists, is that we are not just going to let them give us a small victory,” said Arroyo. “We want all of our rights and no more discrimination.”

Anna-Catherine Brigida~~~~~~QUARTZ
This story is part of the series on Global Pride.
Over 5.6 Million Reads Adam Gonzalez at June 08, 2018