Cuba Formalize Constitutional Reforms After The Castro's Exit, LGBT Hope For Piece of the Little Pie 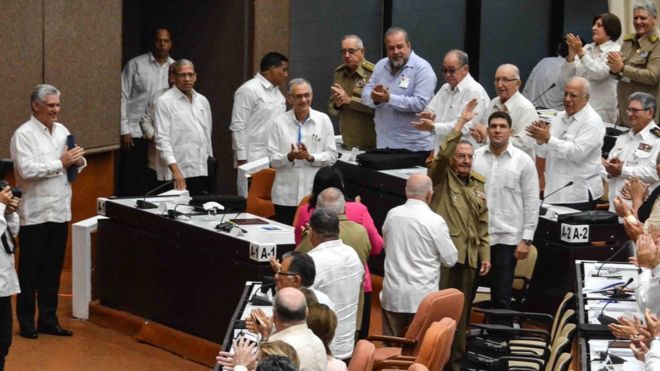 Presidential term limits and the legalization of same-sex marriage are amongst reforms being proposed by Cuba's national assembly.
The intention is to constitutionally formalize the island's economic and social opening-up while maintaining the "irrevocable nature of socialism".
Former President Raúl Castro will lead the potential reforms, President Miguel Diaz-Canel has announced.
Mr. Díaz-Canel took over from Mr. Castro as the country's leader in April.
The Castro brothers, first Fidel and them Raul. ruled the country between 1959 and 2018.
Mr. Díaz-Canel is an avowed socialist. In his inaugural address, he declared that there was "no room in Cuba for those who strive for the restoration of capitalism".
The last constitutional reform in 2002 decreed that the socialist character of the political system in Cuba was "irrevocable".
Most ordinary Cubans are keen to see what the parliament will decide on the island's economic and social future.
The BBC's Cuba correspondent, Will Grant, reports that small business owners are hoping for Cuba's movement towards a more mixed economy, while LGBT rights activists are hopeful there will be an acceptance of changes to the concept of marriage as strictly between a man and a woman.
There is no timetable for the constitutional reforms to take place and any reforms are likely to be gradual, our correspondent cautions.
In 2017, US President Donald Trump reimposed certain travel and trade restrictions eased by the Obama administration but did not reverse key diplomatic and commercial ties.