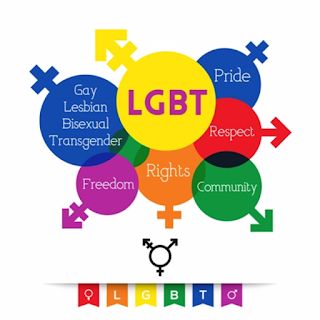 A majority of adults in the US approve of same-sex marriage in the eyes of the law. In fact, according to a Gallup poll taken in May, the largest majority ever (67%) say marriages between same-sex couples should be legally recognized.
Does that mean LGBTQ+ rights are done? Everyone is equal now? Not necessarily.
The 2015 US Supreme Court ruling that same-sex couples can marry nationwide was an important milestone for the community. But while about 25 out of the 61 usable questions asked on LGBTQ+ issues in 32 polls from 2015 to today have been about marriage, polling demonstrates there are more hurdles to come.
In 2015, Suffolk/USAToday conducted a poll on the levels of discrimination against gays and lesbians. A plurality of adults -- 44% -- say gays and lesbians face "some discrimination," while 28% say they face a great deal, 15% only a little and 9% none at all.
Among the issues LGBTQ+ people may face, job and housing discrimination have often been asked about in polling. In an early 2018 Public Religion Research Institute poll, 70% said they were in favor of laws that would protect gay, lesbian, bisexual and transgender people from discrimination in jobs, public accommodations and housing.
These numbers have remained steady throughout surveys in the last few years, with a 2016 CNN/ORC pollreporting 75% supported laws that guarantee equal protection for transgender people in jobs, housing and public accommodations, and 80% supported laws protecting gays and lesbians.
Most people oppose allowing small businesses or companies to refuse service to same-sex couples, with the March 2018 PRRI poll showing 57% opposing allowing store owners to refuse service and 37% favoring it.
Quinnipiac had asked the same question in 2015, finding that 30% said business should be allowed to refuse services. Respondents were then prompted with "what if the business says homosexuality violates its owners' religious beliefs?" When that was the case, 42% said they should be allowed to refuse service.
In 2016, Mississippi and North Carolina sparked controversy by passing legislation that restricted transgender access to restrooms. Since then, surveys show relatively stable results of mild support for allowing people to use the restrooms that match their gender identities, as opposed to their biological sexes at birth.
A February 2017 PRRI poll found that 50% opposed a law that would require transgender individuals to use bathrooms that correspond to their sexes at birth, and 38% were in favor. In one of the first polls to ask after the issue was raised in 2016, CNN found almost the same numbers, with 57% opposing and 38% favoring.
North Carolina repealed its law a year after it passed.
Debates continue today as to whether transgender people should be allowed to serve in the US military, but polling shows considerable support. A Quinnipiac poll in July 2017 had 68% in support and 27% in opposition.
In December 2010, Congress repealed the law known as "Don't Ask, Don't Tell," allowing gays and lesbians to serve openly in the armed forces. A month before, a McClatchy-Marist poll had asked whether the current Congress should repeal the policy and respondents were split, with 47% saying it should repeal and 48% saying Congress should not.
By Grace Sparks, CNN
Over 5.6 Million Reads Adam Gonzalez at June 04, 2018