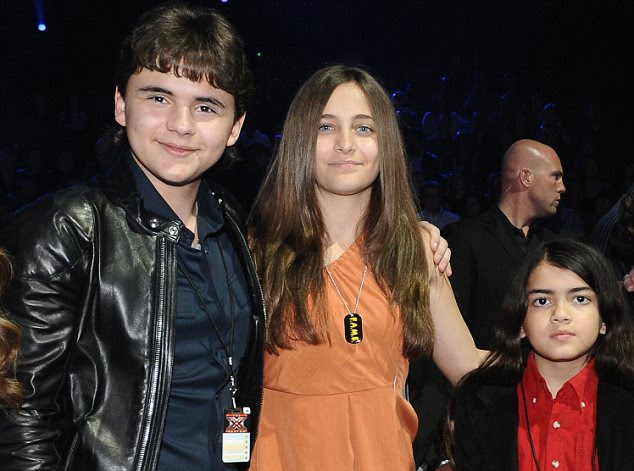 THE $500m FIGHT FOR JACKO'S FORTUNE: THE FACTS

What's at stake:
A recent financial summary showed that Michael Jackson's estate has earned almost $500 million in gross profits since his death, and many of his major debts have either been resolved or are no longer delinquent.
Key players:
Katherine Jackson
Prince Michael, Paris and Blanket
Janet, Randy, Rebbie and Jermaine Jackson
Tito Jackson
Marlon Jackson
On the fence
Tito Junior, son of Michael's brother Tito
Trent Jackson, Joe Jackson's nephew

Email ThisBlogThis!Share to TwitterShare to FacebookShare to Pinterest
Labels: Wealth-Rich