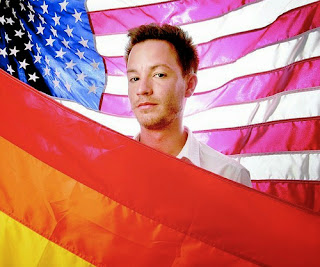 “Under current Supreme Court authority, Congress’ denial of federal benefits to same-sex couples lawfully married in Massachusetts has not been adequately supported by any permissible federal interest,’’ he wrote.
“To conclude,” he added, “many Americans believe that marriage is the union of a man and a woman, and most Americans live in states where that is the law today. One virtue of federalism is that it permits this diversity of governance based on local choice, but this applies as well to the states that have chosen to legalize same-sex marriage.’’
While saying that gays and lesbians have been victims of chronic discrimination, Boudin also said the push for the law was not mainly motivated by anti-homosexual fervor.
“As with the women, the poor and the mentally impaired, gays and lesbians have long been the subject of discrimination,’’ he wrote. “In reaching our judgment, we do not rely upon the charge that DOMA’s hidden but dominant purpose was hostility to homosexuality. The many legislators who supported DOMA acted from a variety of motives, one central and expressed aim being to preserve the heritage of marriage as traditionally defined over centuries of Western civilization.’’
The court issued its ruling in two related cases. In the first, a lawsuit was brought by seven same-sex couples married in Massachusetts and three surviving spouses of those marriages. The state brought a companion case, arguing that the federal government had historically left the definition of marriage to the states, even when the states disagreed on controversial issues such as interracial marriage.
A federal judge in Boston ruled in 2010 in favor of both Massachusetts and the same-sex couple plaintiffs.The Obama administration has said it will not defend DOMA in the courts. But the Republican-led US House of Representatives stepped in to press the Circuit Court appeal. And it is now likely to take the case to the US Supreme Court, said GLAD’s Bonauto.
Paul Clement, an attorney for the House Bipartisan Legal Advisory Group, which the House set up to defend DOMA, did not immediately return a call for comment.
Jonathan Knight and Marlin Nabors, two of the GLAD plaintiffs in the case, who have been married for the past five years, said in a telephone conference call organized by the organization that they were happy with the decision.
“Marlin and I have been together for seven years and married for five years,’’ said Knight. “We do our very best to live our lives together in truth and authenticity and we know that our relationship is full of the same kind of hopes, struggles, and dynamics as all other couples.’’
He added, “We are thrilled to learn that the law is on the same page, and that we fall into the same class as everyone else. We are no longer second-class citizens.’’