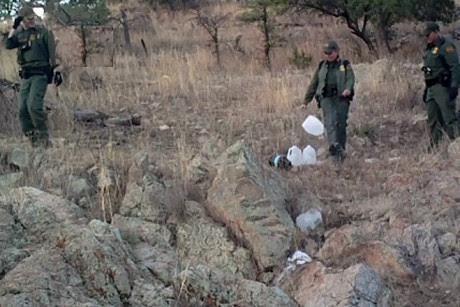 A hidden camera set up by the group No More Deaths shows Border Patrol agents destroying water left in the desert for migrants to drink. The video will be broadcast tonight on the PBS show "Need to Know."

Email ThisBlogThis!Share to TwitterShare to FacebookShare to Pinterest
Labels: Border