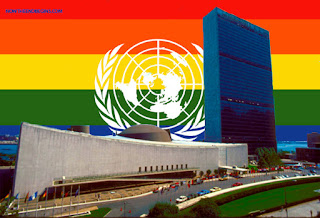 The landmark document introduced at the United Nations 10 years ago and designed to protect lesbian, gay, bisexual, and transgender (LGBT) people, as well as other sexual minorities, was updated and strengthened yesterday.
The changes reflect the significant developments in international human rights law and practice since their publication and include a growing understanding that human rights violations affect people based on how they express their gender or how their sex characteristics are manifested.
The “Yogyakarta Principles,” written by a group of international human rights experts who had met in 2006 in Yogyakarta, Indonesia, are a codification of binding international human rights standards related to sexual orientation and gender identity. The document, introduced to the UN in Geneva and New York in 2007 was a response to well-documented patterns of abuse against LGBT people.
The principles have been widely used by human rights defenders to demonstrate that LGBT rights are basic human rights and to show the gap between entitlement to rights and the harsh reality of discrimination and hate crimes.
Yesterday, 33 international human rights experts released an updated set of principles on international human rights law relating to sexual orientation, gender identity, gender expression and sex characteristics. The “Yogyakarta Principles plus 10,” add nine new principles to the original 29, covering a range of rights pertaining to gender recognition, information and communication technologies, poverty, and cultural diversity.
The new document also contains 111 “additional state obligations,” related to areas such as torture, asylum, privacy, health, and the protection of human rights defenders. For example, it calls on countries to compile statistics on violence based on sexual orientation, gender identity, and gender expression and sex characteristics. It also protects intersex children from involuntary modification of their sex characteristics and calls on countries to end the unnecessary registration of people’s sex or gender in their identity documents.
The updated principles call for action to protect the rights of lesbian, gay, bisexual, transgender and intersex people (LGBTI). Enforcing laws and policies designed to protect LGBTI people worldwide is an essential step to achieving full equality and ending discrimination.
The full text of the Yogyakarta Principles plus 10 and supporting documents can be found at www.yogyakartaprinciples.org.