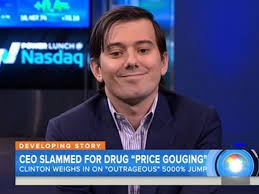 Martin Shkreli, the former pharmaceutical executive who is awaiting sentencing for a fraud conviction, was sent to jail on Wednesday after a federal judge revoked his bail because he had offered $5,000 for a strand of Hillary Clinton’s hair.

Mr. Shkreli, who was free on $5 million bail while he awaited sentencing, had made two Facebook posts offering cash to anyone who could “grab a hair” from Mrs. Clinton during her book tour.

At the hearing in Federal District Court in Brooklyn, Judge Kiyo A. Matsumoto said that Mr. Shkreli’s post could be perceived as a true threat.

“That is a solicitation to assault in exchange for money that is not protected by the First Amendment,” she said.

Mr. Shkreli, 34, gained notoriety as a pharmaceutical executive for increasing the price of a lifesaving drug, Daraprim, by 5,000 percent. He was convicted in August of three counts of fraud, relating to two hedge funds and a pharmaceutical company he previously ran. On Wednesday, he was scheduled to be sentenced on Jan. 16, but he most likely will not be released before then unless his lawyers can show that he poses no threat to the community.

Although Mr. Shkreli edited the post to say that he had meant it to be satirical, and he later took it down altogether, prosecutors contended that there was a risk that one of Mr. Shkreli’s social media followers would take the post seriously and act on it.

It was, they noted, not the first time that Mr. Shkreli had made inflammatory posts on social media.

Just before his conviction, prosecutors wrote, Mr. Shkreli had made a sexual threat toward a female journalist on Twitter; since then, they wrote, “Shkreli has engaged in an escalating pattern of threats and harassment.”

Mr. Shkreli’s lawyer, Benjamin Brafman, argued at the hearing that Mr. Shkreli was not violent and that the post had been “a momentary lapse in judgment.” 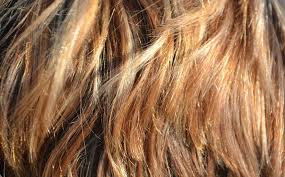 But Judge Matsumoto was unmoved.

“What is funny about that?” she responded. “He doesn’t know who his followers are.”

Judge Matsumoto said that while Mr. Shkreli had edited the original post to say, “this is satire, meant for humor,” the next day he put up another post that echoed the first: “$5,000 but the hair has to include a follicle. Do not assault anyone for any reason ever (LOLIBERALS).”

Mr. Shkreli, dressed in a lavender button-down shirt, was animated for much of the hearing, as he had been throughout his trial. But his behavior changed when Judge Matsumoto said that she had decided to jail him, and he sat quietly at the defense table for the rest of the hearing.

After the hearing, two deputy United States marshals led Mr. Shkreli to a holding cell adjoining the courtroom. He will be held at a federal jail in Brooklyn.