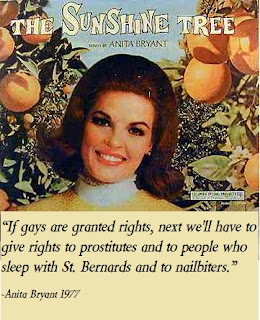 We’ve all heard this before: “You know, I don’t agree with the gay lifestyle, but they can do what they want.” Setting aside the mystery of a homogenous ‘gay lifestyle,’ this seems harmless enough. It nearly communicates an important part of human compassion: recognizing personal differences and affirming them. The more I hear this sentiment, whether it’s floating through the air during the lunch rush in Rand at 12:05pm on a Wednesday or being irresponsibly thrown into a Hustler article, the more I am frustrated.

I have spent a long time grappling with the idea of political neutrality. And, to be clear, I’m not talking about my often-used, “I have not done my reading or research, so I do not feel qualified to speak on the subject.” I’m talking about a deliberate middle-ground.

Hard and fast, here’s the issue: Saying you don’t agree with the ‘gay lifestyle,’ however neutral you are in framing it, is oppressive.

Let me contextualize this with my own experiences. Back when I was in high school, I worked at a department store one summer. My coworkers, mostly older women, would talk to each other quite a bit during the lulls of the day. At the time, I identified myself as a lesbian, but I had told no one. One woman, who often teased me for not smiling at all times, was ranting about this ‘gay lifestyle’ I previously mentioned. She said that she doesn’t care if people are gay, but she doesn’t agree with it, and she doesn’t want any of those gays to rub their big gay lifestyles in her face. As a gay, self-conscious 18-year-old new hire, the woman’s prose told me one thing: I could never conceivably trust her enough to share my identity.

Now, imagine that situation, except it happens every one in ten interactions. As time goes on, you find more and more people untrustworthy, and the people you don’t know seem scary. If anyone knew what you were, surely terrible things would happen. Fear becomes the baseline for everything. At every moment, with every person, you are guarding yourself.

Imagine these people growing up and becoming CEOs, presidents and otherwise leaders. Imagine them becoming parents, teachers, doctors and lawyers. Suddenly, you’re not just dealing with a simple one-on-one interaction; instead, these people (along with their opinions and biases) are leading tens, hundreds, sometimes thousands of people. In some cases, these people are leading millions. Everyone around you now exists within and around structures created by people that abhor who you are and whom you love, but have managed to disguise it enough to save themselves from being labeled as discriminatory and bigoted .

So maybe that one-on-one interaction seems small, but not only can it expand. It can encircle society as a whole. Real political middle ground means genuinely caring about everyone involved, and declaring your tolerance without your acceptance is still harmful to my safety and wellbeing and that of the LGBTQI community.

Examine your prejudices. Ask yourself why you feel the way you do. Challenge yourself to fight for the rights of people instead of priding yourself on not directly contributing to their marginalization, because political neutrality only allows institutional homophobia to worsen.

Mac Ploetz
Mac Ploetz ('18) is majoring in Women's and Gender Studies. He is the 2017-18 President of the Vanderbilt Lambda Association, Vanderbilt's undergraduate gender, sexuality, and intersex alliance, and he's in his third year as a Sex Educator in Vandy Sex Ed. He has spent his time at Vanderbilt discovering and affirming his identity as a transgender person, and he works to help others affirm their identities as well. In his free time, Mac enjoys eating $30 worth of McDonald's and watching poorly-produced mid-2000s YouTube documentaries.
Over 5Million Reads Adam Gonzalez at September 15, 2017