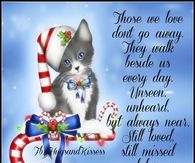 My apologies for letting this article I wrote to be published without the adequate revisions and checks. That has been done and is back to the blog. Thank you. Adam


After the giving, what's next?  Going to the moon is not enough, we need Mars and others and of course, there are scientific reasons why. But I'm just pointing out the way we are. Since we were born we took one step and the second third and fourth followed. We do not want to stay put in one place w are wired to be curious and walk to the living room or the moon.
Back in the days of not so much commercialism, on a nice peaceful holiday, parents try to get the kids something they needed like hand me down sewen pants. In Germany, somebody decided that with the snow some shiny objects will look heavenly. And so it did and soon the tree was cut down and put inside the house with actual gifts bout from the store.

I hope that whatever we have done for others on this holiday season which encapsulates the Christian, Jewish and African Holidays and faiths. I hope you feel proud you gave something to someone who didn't have it. Lately regifting is become a source of conversation but that only happens because we don't bother to get to know the people around us, to find out what those people we say we care about, who they are what they need or want.

This is a very strange season for me and many ways because I feel something is amiss. It's like the car is got a flat tired. It is running but there is something serious which eventually will make us stop.  I have always said that Christianity was the equivalent of immorality and selfishness. Not that Christ was but his followers became that. Not 2016 but this goes back to the Crusades, the Spanish Inquisition and what the blood games the Europeans were playing with religion and their god. Everything was allowed if it was done in the name of god...Remind you of today?

I used to believe that there were certain things this nation will not do having the knowledge it was wrong and no one could excuse it. Yet the so-called evangelicals that have brought a man without scruples and without a god. He said he does not believe, he has nothing to repent for and he won't say sorry to even God. When he is with the Evangelicals he tells them whatever they want to say. Then he's said he is Episcopelean and Evangelical. I don't think he knows what either domination represents.

If this season will make people examine what is been going on and repent (feel sorry and rectify what they have done wrong). That would not be bad.


I hope we become spiritual even without a god, the evangelicals have shown us that having a god makes some people worse!

But you can be spiritual because we were born out of that electric spark that makes our hearts start pumping blood and our electrical brain waves started to feel hunger.

O thus be it ever, when freemen shall standBetween their loved homes and the war's desolation.Blest with victory and peace, may the Heav'n rescued landPraise the Power that hath made and preserved us a nation!Then conquer we must, when our cause it is just,And this be our motto: ‘In God is our trust’ And the star-spangled banner in triumph shall waveO'er the land of the free and the home of the brave

The Truth is Marching on?
Over 5Million Reads Adam Gonzalez at December 26, 2019

Email ThisBlogThis!Share to TwitterShare to FacebookShare to Pinterest
Labels: Holiday