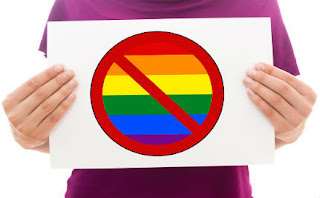 The Trump administration pushed the national 4-H youth organization to withdraw a controversial policy welcoming LGBT members — a move that helped lead to the ouster of Iowa's top 4-H leader earlier this year, a Des Moines Register investigation found.
The international youth organization, with more than 6 million members, introduced the new guidance to ensure LGBT members felt protected by their local 4-H program. The document and their attempts to broaden membership in the LGBT community was a smaller part of a larger, multi-year effort to modernize the federally authorized group.
Several states posted the national guidance on their websites, including Iowa, where it prompted fierce opposition from conservatives and some evangelical groups.

Andy Turner, a New York state 4-H leader at Cornell University (Photo: Cornell University)
Within days of the LGBT guidance's publication, Heidi Green, then-chief of staff for U.S. Secretary of Agriculture Sonny Perdue, requested that it be rescinded, Sonny Ramaswamy, then-director of the National Institute of Food and Agriculture, the federal department that administers 4-H, told the Register.
Afterward, a NIFA communications manager sent an "urgent" email to at least two states — Iowa and New York — urging the 4-H organizations there to remove the LGBT guidance from their websites, the Register found.
The subsequent decision to take down the policy set off a firestorm this spring that engulfed 4-H programs in at least eight states — including Iowa, Idaho, Wisconsin, California, Oregon, Nevada, Colorado, Virginia and New York.
And it eventually precipitated the firing of Iowa 4-H director John-Paul Chaisson-Cárdenas, a fierce advocate of the LGBT policy, the Register found after conducting extensive interviews and examining more than 500 pages of state and federal communications.
The 4-H policy's removal comes amid other moves by the Trump administration to roll back federal protections that the previous administration saw as also covering gender identity — or the deeply held sense of who one is that may differ from the sex organs with which one is born.
The Trump administration previously declared it would place limits on transgender troops serving in the military, and it rescinded a 2016 Dear Colleague letter issued by Obama’s Education Department that said prohibiting transgender students from using facilities such as restrooms that matched their gender identity violates federal anti-discrimination laws.
The administration also attempted to remove questions about gender identity from the 2020 census. And, in October, the New York Times obtained a leaked memo from the Department of Health and Human Services that seeks to define gender as “either male or female, unchangeable, and determined by the genitals that a person is born with.”
The move would “essentially eradicate federal recognition of the estimated 1.4 million” transgender Americans, the Times reported.
The Trump administration to date has declined to comment on the leaked memo.
Over 5Million Reads Adam Gonzalez at November 20, 2018