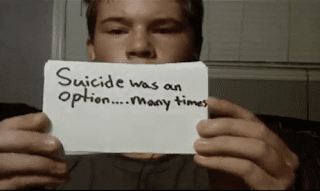 They also had participants complete a number of mental health measures. Those whose parents tried to change their sexual orientation had three-fold higher odds of having ever attempted suicide (aOR 3.08, 95 percent CI 1.39-6.83). Those whose parents enlisted the help of a professional (therapist or religious leader) to change their sexual orientation had a five-fold higher odds of having ever attempted suicide (aOR 5.07, 95 percent CI 2.38-10.79).
Overall, the field of psychiatry continues to condemn efforts to change a person’s sexual orientation. We now have additional data to show that such efforts are dangerous. As I’ve written before, several states have begun to outlaw the practice. I hope this new data will help propel lawmakers in other states to do the same.
The study has some limitations, which are further described in the manuscript. Notably, the authors recruited only people to identified as LGBT at the time of the study. The study would not have included people who identified as LGB during adolescence but not that the time of the study. Regardless, however, the study shows that there is a sizable number of people exposed to sexual orientation conversion therapy who then suffer poor mental health outcomes and that these mental health outcomes are worse than LGB young adults who are not exposed to conversion efforts.
References
Ryan, C., Toomey, R. B., Diaz, R. M., & Russell, S. T. (2018). Parent-Initiated Sexual Orientation Change Efforts With LGBT Adolescents: Implications for Young Adult Mental Health and Adjustment. Journal of homosexuality, 1-15.
Over 5Million Reads Adam Gonzalez at November 16, 2018