Your Marriage is NOT Affair Proof } Rules of Romance! 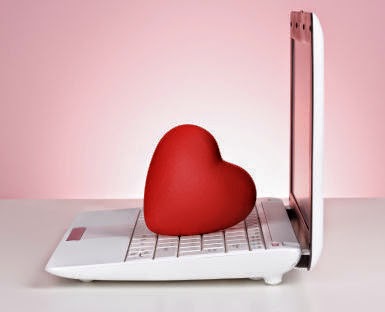 Published  by Harriet Lerner, Ph.D. in The Dance of Connection
When you feel threatened by a partner’s relationship outside the marriage, speak up. You can’t stamp out his desire for others, nor can you stop her from being unfaithful. But that doesn’t mean that you have to shut up, or blind yourself to a potential threat, or take no position at all about your partner seeing a person who may be a temptation.
In my own marriage, the unspoken rules for “outside relationships” have varied with our age and stage of life. As a couple in our twenties in Berkeley, I was quick to encourage Steve to hang out or go to the movies with female friends, both because I thought nothing possibly could happen (he was too high-integrity a guy) and because I believed that couples should never constrain the freedom of their loved one, where outside friendships were concerned.
Fast forward a few decades, and we’re quite different. Neither of us are paranoid maniacs, nor do we deny or try to prevent the reality of outside attractions. But at several points in our marriage we’ve said “no” to one or the other continuing an outside “friendship” because we sensed it was going to end up at the expense of our marriage, even if the other denied it.

As I say in Marriage Rules, never take monogamy on faith.
The reason many couples make a vow to “forsake all others” in front of their community of family friends, is simply because it’s so hard to maintain. Humans are not “naturally” monogamous. It’s a myth that you can swear your partner to monogamy, or keep him or her faithful by being the best lover and most gorgeous, devoted person in the world In the realm of sheer physical attraction, no long-term partner can ever compete with the idea of someone new. Let’s just say that affairs wash the brain in chemicals that trigger an altered, obsessive “high” against which marriage has little chance, erotically speaking.
The paradox is that affairs are more likely to occur with couples that assume their marriage is affair-proof. The problem with taking monogamy on faith—even when, or especially when, your partner says, “I’d never be attracted to anyone but you, honey”—is that you will put yourself to sleep. You won’t be awake to a real threat to your marriage, or even to the simple fact that your partner is a sexual being and outside attractions can’t be stamped out of existence.
So what to do? There no one “rule” that fits all. Many couples have a “don’t ask, don’t tell” policy about outside attractions. Other couples choose an “open marriage,” usually with a set of rules to go along with it. (No sleeping with the same person twice, not with anyone in our friendship group, etc.)
No expert has the right to assume they know what boundaries are best for a particular couple. But if your commitment is to fidelity (my bias, for sure), speak up when you feel a threat. Don’t be afraid to set limits on a particular outside relationship when your gut tells you that your partner could be tempted.