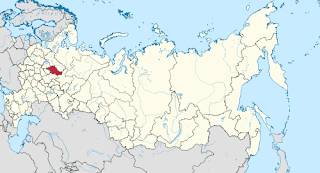 A third Russian region has passed an anti-gay lawbanning LGBT organising and public actions. Five activists have been arrested whilst protesting the law.

Kostroma, a region located 300 km north east of Moscow, has become the third Russian region to outlaw so called propaganda of homosexuality to minors.

Similar laws were formally implemented at the regional level, in 2006 in Ryazan and earlier this year in Arkhangelsk. Discussions also took place in the last weeks, in Moscow, and also in St. Petersburg where it already passed the first reading and has been a focus for international protests.

As in the other regions, the law is framed to link homosexuality and paedophilia and supposed to 'protect children'. Regional politicians claim that "such legislation is already operating successfully in some regions of the country" and would 'protect the morals of the family, and preserve the physical, mental and spiritual health of young people'.

Activists travelled from St Petersburg to protest the new law, carrying posters saying 'Stop the homophobic law!', 'gays and lesbians – not pedophiles! Deputies, switch on brains!', and 'Deputies, leave alone gays, be engaged in unemployment!' But they were immediately arrested.

Russia's Constitutional Court has already ruled that the Ryazan law does not breach constitutional protections on freedom of expression and assembly in its decision delivered in January 2010 against activists arrested and charged for propaganda of homosexuality in Ryazan.


“We started challenging anti gay laws in Ryazan in 2009 and this month in Arkhangelsk right after it came into force. We will do it everywhere such laws come into force.”

“We have no hope in the fairness of the legal system in Russia, such laws can only be invalidated with a decision of the European Court and this is why we brought a case before this Court, Russian courts are only an obligatory but hopeless step.”

In July 2012 the UN Human Rights Committee will consider the complaint of Irina Fedotova against Russia on the legality of the ban of homosexual propaganda in Ryazan where she was arrested in 2009.

A similar case of Nikolai Baev against Russia is awaiting consideration by the European Court of Human Rights. GayRussia is pushing for the court to expedite consideration of this case.

Elsewhere in Russia, Russian LGBT Network reports that at a 'fair elections' protest in the Siberian city of Novosibirsk a gay man who unfurled the rainbow flag was physically attacked. The group says that local police acted properly, protecting the man, but are demanding an investigation of the assault.

The unnamed activist who was attacked said:


"I think that if you sit very quietly and do nothing, then nothing will change."

At the mass 'Fair Elections' protests in Moscow and St Petersberg andelsewhere LGBT activists have been shunned by the opposition to Putin. This has not stopped the pro-Kremlin youth movement Young Guards from attacking participation of "freaks of all stripes" and singling out LGBT participation in the rallies.

In Sochi on the Black Sea coast, a court will consider the refusal of the local authorities to allow a 'Pride House' during the 2014 Winter Olympics. The proposal was refused on the basis that 'Pride House in Sochi' is not allowed until as its not a Russian language term.

Such reception centres for LGBT participation in the Olympics began at Vancouver and the forthcoming London Olympics will host a sizable project. Activists say that the International Olympic Committee has already indicated that it will support such a project in Sochi.