U.S.Ed.Dept.DeVos (on Contempt) Continues To Collect Loans For Defunct For Profit Colleges 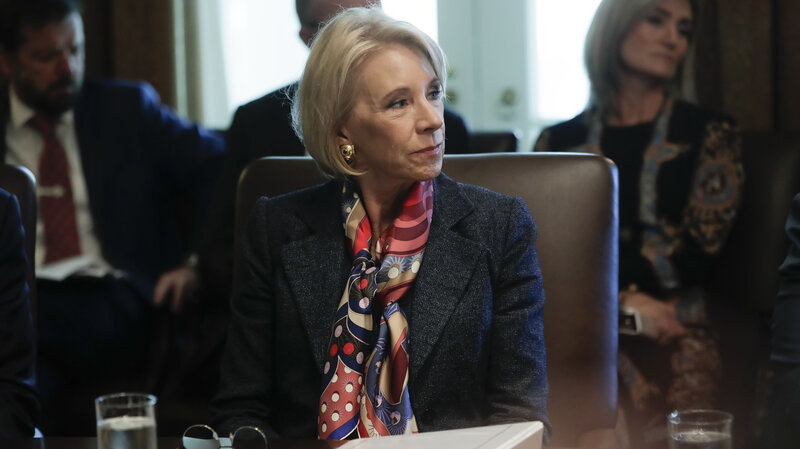 NPR
A federal judge has fined U.S. Education Secretary Betsy DeVos for contempt of court for failing to stop collecting loans from former students of a now-defunct chain of for-profit colleges.
The court ruling orders the Education Department to pay a $100,000 fine. The judge said Devos had violated an order to stop collecting loans owed by students who had been defrauded by Corinthian Colleges.
In a video statement, the Education Department said loan servicers had "mistakenly" billed about 16,000 students and parents. Those borrowers have since been reimbursed, according to the video message.
Money from the fine will go toward various remedies and legal expenses for students who are owed debt relief from the Education Department after Corinthian Colleges collapsed in 2014, according to the ruling. 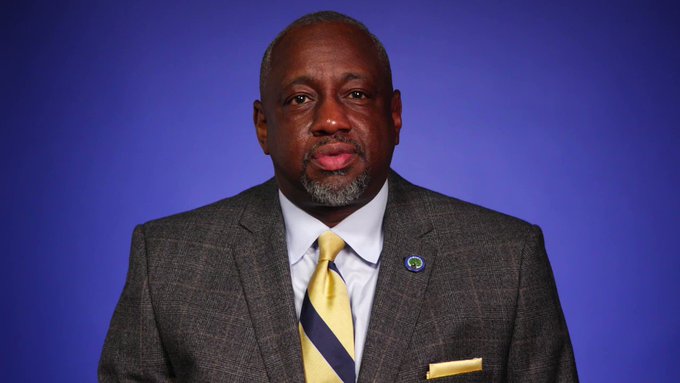 280 people are talking about this
The decision stems from a 2017 class-action lawsuit against the Education Department, filed on behalf of former Corinthian students.
Corinthian was found to have misrepresented its job placement rates. Under its rules at the time, and by a preliminary injunction issued in June of last year, the Education Department was supposed to simply refund all the money borrowed by students who attended Corinthian during the time it was making false claims.
Instead, according to the ruling, the department "erroneously" sent messages to more than 16,000 borrowers to pay up. Some did so voluntarily. Others had their wages garnished or tax refunds seized by the government. Ten third-party contractors were involved in collecting the loans, and the judge's opinion notes that the Education Department didn't do much to make sure it followed the orders, beyond sending a few emails.
It's rare for a judge to find a Cabinet secretary in contempt of court. Sen. Elizabeth Warren, a presidential candidate, has called for DeVos to resign over this issue.
This is not the only case related to this class of Corinthian borrowers making its way through the courts. In 2017, the Education Department changed the rules on loan forgiveness for Corinthian borrowers. Back then, the department announced it intended to grant partial to full relief of loans, based on how much money borrowers were earning. The department got that earning information from the Social Security Administration, and the borrowers allege that this violated their privacy and that the rule change is illegal.
Over 5.6 Million Reads Adam Gonzalez at October 28, 2019

Email ThisBlogThis!Share to TwitterShare to FacebookShare to Pinterest
Labels: Collections, US Government