The End of HIV is Here and Many Don't See It 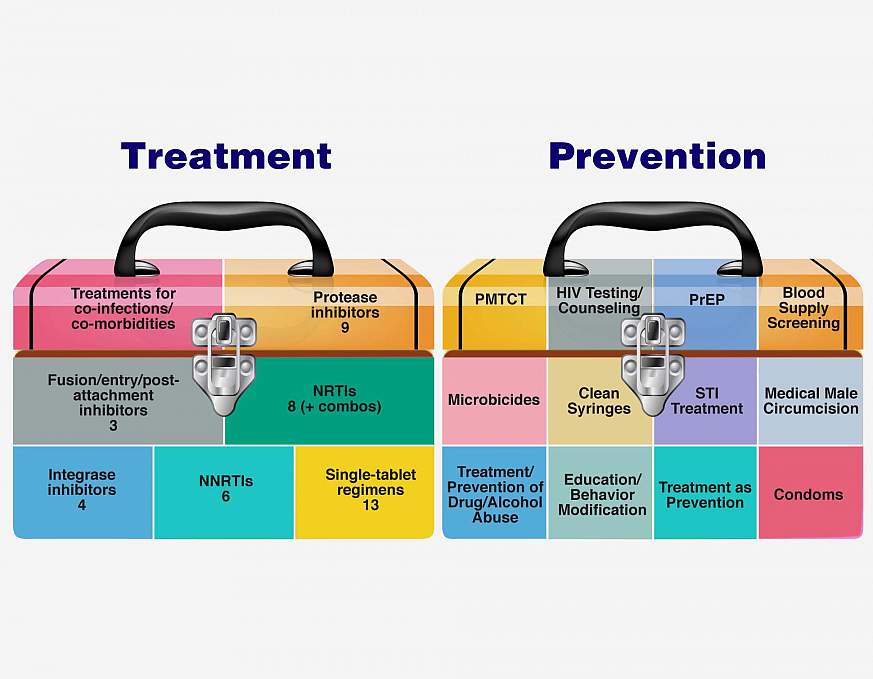 Factual case: A senior male became HIV at just pre-midlife. Started on Crixivan which was the first antiretroviral that started keeping people alive if not with awful side effects. Some people prefer to have died than to have had a came back or any of the other problems associated with this pill. But the research continued and meds we made specific to the immune system of the person and the type of virus they had. He took all the meds as they came out. As the test was made to show the efficacy of the meds he kept burning most of them. Six months a year ..but eventually he did become undetectable which means the virus could not be detected (under 50)> He has stayed undetectable for 8 yrs  except for the last news he got from his doctor was "if you burn these meds you will be shit out of luck because there is nothing else"(they have a straight honest relationship the Doctor and the patient). So imagine he has no more meds but he is doing well on what he is taking  (it's happened before, when he was doing well and then the meds failed) but with the knowledge that he is undetectable and can not give to anyone else which was always his fear particularly at one time he had a partner for five years and his partner was negative. When the relationship his partner went the same way he came into the relationship, the same health if not better. The way this HIV man looks at it if he lasts 5-10 years everything would have worked out. He is single now and hoping to find his last relationship and happy THAT HIV AT LAST FOR HM IS NOT A PROBLEM. IF HE CAN GET 10 YEARS OF JUST A NORMAL HAPPY LIFE HE WOULD HAVE BEEN GLAD OF THE LIFE HE HAS HAD. This man shows us how you beat HIV: You don't spread it and you keep your self as healthy as you can, nothing extraordinary just take the meds and stay off the K and cocaine drugs which will destroy you inside out. We still need improvement to have meds taken once a month and this should be done already tomorrow. The science of HIV was complicated with republican politics. Money was withheld but now it is time to floor the gas and get the speed because we see the end of the tunnel. The government of the US has a lot of blood on their hands for ignoring and then cutting benefits to keep on living and for science. Let's do our parts and then we can throw it in their faces where they have failed but first we need to do our part particularly this new young generation.
Adam Gonzalez

Optimal implementation of existing HIV prevention and treatment tools and continued development of new interventions are essential to ending the HIV pandemic, National Institutes of Health experts write in a commentary in Clinical Infectious Diseases.

Today, many highly effective HIV treatment and prevention interventions are available. Antiretroviral therapy (ART) not only improves the health and prolongs the lives of people with HIV but also plays an important role in HIV prevention. People living with HIV whose virus is durably suppressed to undetectable levels by ART cannot sexually transmit HIV to others, a concept known as Undetectable=Untransmittable, or U=U. Antiretroviral drugs taken by people without HIV as pre-exposure prophylaxis (PrEP) are highly effective at preventing the acquisition of HIV.

Theoretically, the widespread provision of ART and PrEP could end the HIV pandemic. However, a gap exists between theory and reality, write Anthony S. Fauci, M.D., director of NIH’s National Institute of Allergy and Infectious Diseases (NIAID), and colleagues. Implementation gaps exist at all stages of the HIV care continuum. Progress in cities like San Francisco, which has dramatically reduced new HIV cases by deploying ART, PrEP and other tools, suggests that these gaps can be overcome. Such examples offer lessons for optimizing implementation strategies.

Even with the availability of simplified HIV drug regimens, medication adherence remains a challenge for many. Thus, there is a need to develop new treatment and prevention strategies and products that can be efficiently taken up by people from diverse communities. Potentially, these new tools will have improved efficacy and broader uptake due to better acceptability and usability.

Researchers are pursuing multiple approaches to achieve durable control of HIV without daily ART, including pursuing a cure that would eradicate HIV from the body or keep it at very low levels, and developing long-acting ART and broadly neutralizing antibodies (bNAbs) that could be dosed once every few months or less often. Approaches to optimizing HIV prevention include long-acting injectables and implants, bNAbs, multi-purpose tools for HIV prevention and contraception, and other innovative strategies. Scientists also are working toward the development of a safe and effective preventive HIV vaccine. Currently, three large HIV vaccine efficacy clinical trials are underway globally.

NIAID conducts and supports research—at NIH, throughout the United States, and worldwide—to study the causes of infectious and immune-mediated diseases and to develop better means of preventing, diagnosing and treating these illnesses. News releases, fact sheets, and other NIAID-related materials are available on the NIAID website.

About the National Institutes of Health (NIH): NIH, the nation's medical research agency, includes 27 Institutes and Centers and is a component of the U.S. Department of Health and Human Services. NIH is the primary federal agency conducting and supporting basic, clinical, and translational medical research, and is investigating the causes, treatments, and cures for both common and rare diseases. For more information about NIH and its programs, visit www.nih.gov.