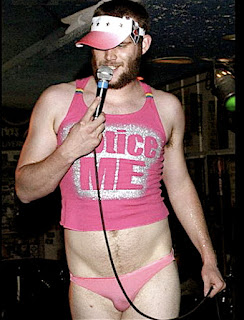 Seth Stephens-Davidowitz, a former Google data scientist and Harvard economics Ph.D., spent five years combing through data on U.S. Google searches to learn more about people’s thoughts and behaviors. In recent interviews surrounding the release of his new book Everybody Lies, he has shared insights into gay and bi men’s sex lives. Here are some of his findings:

1. Five percent of men are predominantly attracted to men

By looking at porn-related searches across the U.S., Stephens-Davidowitz came to the conclusion that many men have same-sex sexual fantasies, even if most never act on them.
“It’s clear that a lot of gay men remain in the closet,” Stephens-Davidowitz recently told Vox. “In places where it’s hard to be gay, such as Mississippi, far fewer men say that they are gay than in places where it’s easy to be gay, such as New York.”

3. Many men are closeted and married (and their wives suspect it)

4. Men are super insecure about their penis size and premature ejaculation

5. Fear of sex may be causing us to be having less of it

“In general,” he said, “this whole data kinda shows us that there’s a whole lot of not talking going on where … things that should be conversations with your partner instead are questions on the internet.”
Stephens-Davidowitz says that people have “overwhelming” anxiety and insecurity about sex. He thinks if we lowered the anxiety around sex, we’d all be having more of it.
(Featured image by palantir via iStock Photography)
Over 5.6 Million Reads Adam Gonzalez at June 29, 2017