Trumps Chances to Win This Election-Game Have Evaporated 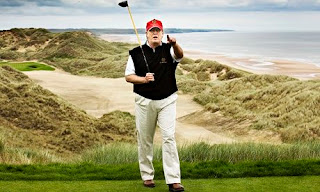 "This poll is showing the writing on the wall," Yang adds.

And the Republican McInturff observes that Trump "is in a weaker position than in September," and that his numbers in the poll don't align with anyone who has gone on to win a presidential election.

Clinton Up By 20 Pts Among Women

Looking inside the numbers of the two-way horse race, Clinton holds a 20-point lead among female voters (55 percent to 35 percent), while Trump is ahead among men by just three points (48 percent to 45 percent).

As for the 2005 video of Trump talking about women in vulgar and crude terms, 95 percent of voters say they saw, read or heard about that news story - which is the fourth-most recognized story in the history of the NBC/WSJ poll (behind the Orlando terrorist attack, the spread of Ebola in West Africa and the Ebola patient in Dallas).

But just 32 percent say that the video disqualifies Trump from being president and believe that he should with withdraw from the race, versus 53 percent who disagree.

Did the debates make a difference?

Fifty-two percent said the debates made no difference.

Trump leads (narrowly) on trade, economy; Clinton ahead on being a commander-in-chief and women's issues

But Clinton has the advantage on the other issues - making appointments to the Supreme Court (48 percent to 38 percent), changing the country for the better (44 percent to 36 percent), being a good commander-in-chief (52 percent to 32 percent) and dealing with issues of concern to women (67 percent to 17 percent).

When it comes to personal characteristics, Clinton leads on having the right temperament to be president (59 percent to 23 percent), while Trump narrowly leads on being honest and straightforward (38 percent to 34 percent).

Democrats don't look as strong down the ballot

Despite Clinton's double-digit lead over Trump in the presidential race, the NBC/WSJ poll finds a closer contest down the ballot. Forty-six percent of registered voters prefer a Democratic-controlled Congress, while 44 percent want a Republican-controlled Congress.

That two-point advantage for Democrats is down from six points in the earlier NBC/WSJ poll (48 percent to 42 percent).

Finally, the NBC/WSJ poll finds President Obama's job-approval rating at 53 percent among registered voters, which is up one point from last month.

It’s the six-straight month where the president's rating has been above 50 percent in the poll, and it's his highest rating since Dec. 2012, after he won re-election four years ago.