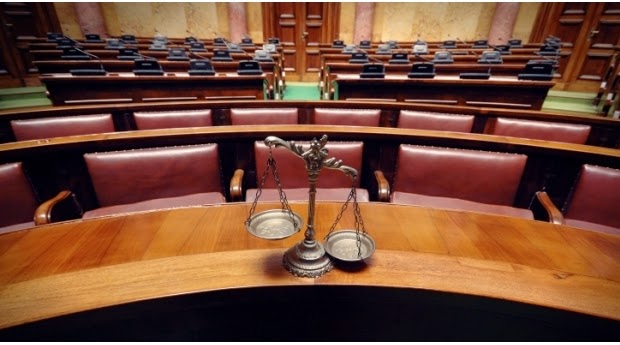 A look at the judges on the 6th U.S. Circuit Court of Appeals panel that on Thursday upheld anti-gay marriage laws in Ohio, Michigan, Kentucky and Tennessee:
---
JUDGE DEBORAH L. COOK
Nominated by: President George W. Bush
Commission date: May 7, 2003
Education: University of Akron, bachelor's and law degrees.
Prior legal experience: Includes justice on Ohio Supreme Court, 1995-2003; judge on Court of Appeals of Ohio, Ninth Appellate District, 1991-1995.
Noteworthy: In January, Cook authored the majority opinion reinstating Kentucky's ban on grocery stores and gas stations selling liquor. She also took part in a case over the use of the title "Soul Man," concluding in October 2013 that the movie "Soul Men" and its soundtrack bore some resemblance to Sam Moore, known as "The Legendary Soul Man," but not enough to warrant a copyright violation. Cook publicly apologized for making two political donations after she was appointed as a federal judge, a position in which she is barred from making such contributions.
---
SENIOR JUDGE MARTHA CRAIG DAUGHTREY
Nominated by: President Bill Clinton
Commission date: Nov. 22, 1993
Education: Vanderbilt University, bachelor's and law degrees.
Prior legal experience: Includes associate justice, Tennessee Supreme Court, 1990-1993; associate judge, Tennessee Court of Criminal Appeals, Middle Division, 1975-1990.
Noteworthy: Daughtrey was in the majority in a landmark decision that overturned Michigan's ban on affirmative action in college admissions. She was part of the panel, and later the full court, that took issue with how opponents tried to bar such affirmative action, concluding that the provision ran afoul of the Equal Protection Clause of the 14th Amendment because it put an extraordinary burden on minorities who would have to launch their own statewide petition drive to try to undo the law. The Supreme Court later upheld the Michigan provision.
---
JUDGE JEFFREY S. SUTTON
Nominated by: President George W. Bush
Commission date: May 5, 2003
Education: Williams College, bachelor's degree; Ohio State University, law degree.
Prior legal experience: Includes Ohio state solicitor, 1995-1998; private practice.
Noteworthy: Sutton, a well-respected conservative jurist, made the decisive vote in 2011 in the first ruling by a federal appeals court on President Barack Obama's health care overhaul, when the panel agreed with the administration that the government can require a minimum amount of insurance for Americans. Sutton's opinion raised questions and noted the unusual nature of a law directed at someone who chooses inaction, referring to those "who prize that most American of freedoms: to be left alone."
Read more here: http://www.miamiherald.com/news/nation-world/article3609863.html#storylink=cpy
Over 5.6 Million Reads Adam Gonzalez at November 07, 2014