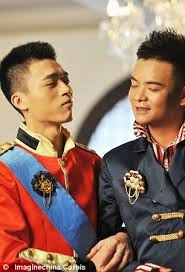 Looking for a hookup in China?
Blued, a Chinese dating application for gay men, has scored a $30 million round of investment co-led by DCM Ventures.
Blued’s valuation now stands at $300 million after the new Series B round, the company said on Weibo, a Twitter-like social-media service used in China, although one person familiar with the situation said the valuation is probably slightly less.
The app’s focus on the gay community in China will likely raise some eyebrows given that homosexuality was illegal there until 1997. However, David Chao, co-founder and general partner at DCM Ventures, is undeterred.
“People [in China] are more in the closet and less open about it [homosexuality], but the beautiful thing about the smartphone is that it’s a private device. Having a very private phone and being able to communicate with the gay community is a dream come true.”
Dating apps in general are proving to be a lucrative business, garnering millions of users and opening their scope to make money from advertising and offering premium paid-for services. Popular dating-app makers include Tinder Inc., whose valuation is expected to pass $1 billion.
Specific apps for the gay community include Grindr, which had more than 6 million users as of last year. In comparison, Blued said it had 15 million users as of earlier this year, with the majority of users from China.
Blued will use the new funding to expand into other geographies and develop its revenue streams by, for example, advertising, offering a premium pay service and setting up an e-commerce service specifically for the gay community, where people would be directed to places to purchase products.
“The gay community is less focused on the ‘local.’ When they travel, they want to communicate with each other, in Chinese or English,” said Mr. Chao.
For DCM, it has made other investments into dating applications, such as San Francisco-based Coffee Meets Bagel , which sends users one profile of a potential romantic match a day rather than offering up a plethora of profiles.
Previous investments in Blued include a 10 million yuan ($1.6 million) Series A round from early-stage investor Crystal Stream. A Chinese venture capital firm also co-led the recent B-round alongside DCM, but it wasn’t named.
Mr. Chao said the $30 million will help the company “hit many of its goals,” and potentially take it up to an initial public offering, although it is still in the early days with regard to an exit.
With dollars under its belt, Blued could list outside of China, potentially in overseas markets like the U.S. or Hong Kong.
“Could there be stigma when listing in Asia? In the future, hopefully any stigma would have decreased. However, when a company goes public, it’s about how much money it makes. If Blued went public in the U.S., it would be less of an issue,” Mr. Chao said.
Write to Sonja Cheung at sonja.cheung@wsj.com. Follow her on Twitter at @sonjacheung
Wall St: 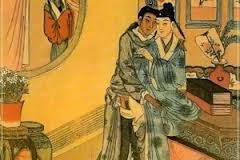 The maker of Chinese dating and chat app Momo has confirmed its plan to go public in the U.S., as it expands its rapidly growing user base and pursues “monetization capabilities” in areas like games and mobile marketing.
Momo Inc., the holding company for Beijing Momo Technology Co., said in a filing Friday that it intends to use proceeds for general corporate purposes like research and development and technology infrastructure.
The company may pursue acquisitions but currently has no commitments or agreements for any deals.
After Alibaba Group Holding Ltd. filed for a U.S. IPO, bankers expected other Chinese companies to follow. Alibaba went public in a record $25 billion debut on the New York Stock Exchange in September. Alibaba owns a 21% stake in Momo.
The Wall Street Journal reported in May that Momo was working on a plan for an IPO this year, and that the company had completed a fundraising round that valued it at around $2 billion.
Underwriters include Morgan Stanley, Credit Suisse, J.P. Morgan and China Renaissance Securities. The company said it plans to sell up to $300 million of American depositary shares, but that is a placeholder amount used in deciding registration fees and will likely change.
Momo has grown rapidly since its 2011 launch. It began as an online dating application, but it has pushed to become a platform to help people with shared interests connect in locales across China.
Monthly active users reached 60.2 million in September, more than doubling from a year earlier.
The company said membership subscription fees provided more than 63% of its revenue in the first half of 2014.
Total revenue in the first half of the year was $13.9 million, up from $3.1 million in the comparable 2013 period. Net loss was $8.3 million, compared with a $9.3 million loss in the first half of 2013.
JOSH BECKERMAN
—Telis Demos contributed to this article.