Man Survives Being Sucked Up by Wood Chipper 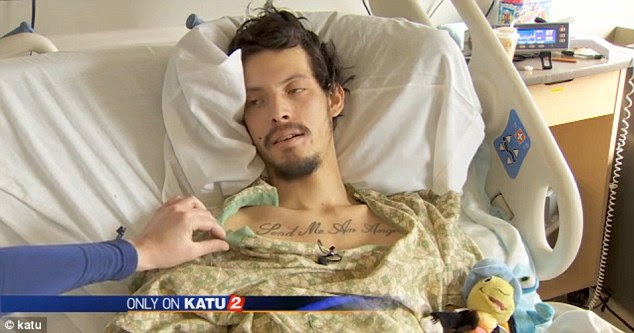 Lucky to be alive: Frank Arce, 23, is recovering after he fell THROUGH a wood chipper this week.
He was badly injured but escaped with his life 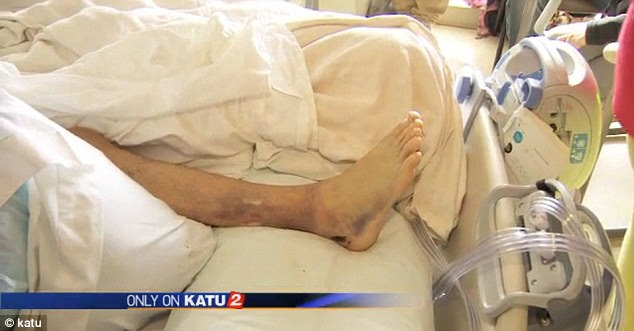 Frank Arce truly must have a guardian angel looking after him. That's how he explains surviving the unthinkable; being caught inside a high-powered wood chipper when it was mistakenly turned on.
Arce had gone in to the machine to dislodge an object that had clogged up the machine. Before going in, he says he made sure the machinery was turned off in accordance with his company's safety protocol. But once inside he heard a sickening noise; the engine powering on.
The Washington state man says the worst part was being conscious during the entire ordeal and wondering how he was going to survive, ""There was a thought (that I was going to die) but it was more like something was telling me I wasn't going to die that day," he said. "I felt I had a lot of angels out there with me that day – a lot of people looking out for me."
KATU-TV reports Arce suffered a broken pelvis, shattered ankle, bruised liver, broken leg and knee, and a cut that runs the length of his body. But he credits the quick thinking of his coworkers who helped him with his injuries until help arrived.
He'll be hospitalized for at least another two weeks and will have his medical bills paid for by his employer.

Email ThisBlogThis!Share to TwitterShare to FacebookShare to Pinterest
Labels: Survival