“Because Queer as Folk came out in America and ran for five seasons – ages ago now – I think a lot of execs probably thought ‘We’ve done our gay show now. We don’t need to do something else.’” So says Andrew Haigh, the British director of the acclaimed 2011 indie movie Weekend, which followed the fledgling relationship between two gay men. Haigh has now directed most of the first season of HBO’s Looking, the first drama specifically about gay men since the demise of Queer as Folk in 2005. For while lots of TV dramas and comedies include gay characters – from Will & Grace and Ugly Betty to Smash, by way of True Blood, Gossip Girl and even Downton Abbey – Looking is the first drama since Queer as Folk specifically about the gay world and not heavily filtered for a mainstream audience.
Tonally similar to its HBO stable-mate Girls(it’s already been dubbed “the gay Girls”),  Looking will screen in the UK on Sky Atlantic in tandem with the third series of Lena Dunham’s comedy drama. The show centres on Patrick (Glee’s Jonathan Groff), a computer-games designer living in San Francisco, and his various gay friends. Patrick’s boss, Kevin, is played by British actor Russell Tovey (The History Boys, Being Human, Him & Her), who becomes a regular character from the third episode. I caught up with Tovey in rehearsals for The Pass, the current Royal Court Upstairs production in which the Essex-born actor plays a gay footballer.
The last time I interviewed Tovey, who has been openly gay since he was a teenager, I asked him why he always played straight characters and what it would take for him to play a gay one. “For me to play gay it has to be something special”, he told me then. “I want it to be something that moves things forward.” So Looking is that something? “Definitely”, he says. “This is my Gay Period, rather like Picasso’s Blue Period.”
It was the involvement of Haigh that persuaded Tovey that Looking might be that special project. “Weekend was an important film for the way gays are perceived in art,” he says. “The kind of normality of this couple that forms over a weekend… both gay and straight audiences discovered it, found it beautiful.
“In Looking there’s no massive campery, there’s no one dying of Aids, it’s all very normal which is automatically fascinating because in art the gay guy is always the funny loner… or a murderer. At this period in history in Western civilisation we gays are allowed to get married, allowed to have kids… we’ve never had to grow up before, but now you can.”
Indeed these must be the first male characters under pressure from their parents to marry and have children – with another man. It’s a fast-moving situation, and gay marriage wasn’t even legal in California when HBO green-lit the original pilot episode of Looking, two years ago.
Groff and Tovey are both gay but, as in the US version of Queer as Folk, the cast is mixed. “Three of the main actors are straight and three are gay,” says Tovey, prompting a discussion about the difference between gay and straight actors playing gay. “It’s all emotion at the end of the day,” he says. “But your knowledge of the community is probably more worldly than a straight guy… the terminology and stuff, you just grow up with them.”
The normalised gay community in Looking is a world away from the homophobic locker-room milieu of The Pass, the setting for John Donnelly’s Royal Court play in which Tovey plays professional footballer Jason. “There’s still a fear within sport, especially football, about being gay,” he says. “That’s why the Tom Daley thing was so huge, that’s why the Gareth Thomas thing in rugby was so huge.”
It’s been a good year for the Essex-born actor since we last met: he brought a convincing air of bullying menace to his role in Tony Basgallop’s BBC1 murder mystery What Remains (one of the drama highlights of 2013 in my opinion), while the final series of the BBC3 sitcom Him & Hersaw Stefan Golaszewski’s lo-fi sitcom finally achieve the critical recognition it deserved. “It’s taken a while, but then The Inbetweenersonly broke out in its third series,” he says. “I could not be prouder of the show… it’s the best thing I have ever done.”
There’s still no news of Emma Thompson’s biopic of the Victorian art critic John Ruskin and his teenage bride, Effie, starring Greg Wise as Ruskin and Dakota Fanning as his eponymous love interest, in which Tovey plays Ruskin’s manservant. “I don’t know what  happening about that,” he says. “Films are so different to television – they can just disappear or get shelved or come out at some random  cinema somewhere.”
He is about to shoot a second series of the ITV sitcom The Job Lot, which was originally shown in a comedy double-bill with Vicious, in which Ian McKellen and Derek Jacobi played long-term gay partners. That old-school studio comedy was a universe away from the explicit contemporary comedy-drama of Looking, and (to use Tovey’s favourite phrase) it didn’t move things on.
“It just felt like a wasted opportunity to do something ground-breaking,” he says. “It felt stuck in this world that doesn’t really exist.  I thought the performances were brilliant and it’s entertaining but it could have been so  much more.”
Looking begins Monday at 10.35pm on Sky Atlantic 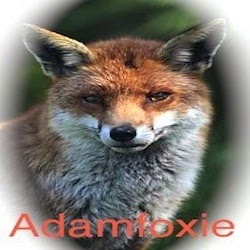