THis Important GOP Sen.Crapo is Mormon Does Not Drink Except When He Gets DUI

Idaho Sen. Mike Crapo's police booking photo, taken after the Republican was arrested for driving under the influence.
By Peter Weber |
theweek.com


S
en. Mike Crapo (R) has represented Idaho in the Senate since 1999, and he's slated
to take the top GOP spot on the Senate Banking Committee when the 113th
Congress
convenes on Jan. 3. The next day, Jan. 4, he has a court date in Alexandria, Va., to face
charges
relating to his arrest early Sunday for driving under the influence of alcohol. Police
says that Crapo
— a 61-year-old Mormon who has said previously that he doesn't drink alcohol — r
an a red light,
failed field sobriety tests, was arrested at 12:45 a.m., and released on a $1,000 bond at
about 5 a.m.
He was alone in his vehicle, and his blood-alcohol level was 0.11, easily above
Virginia's 0.08 limit.
On Sunday, Crapo issued this vaguely worded apology: I am deeply sorry for the actions
that resulted in this circumstance. I made a mistake for which I apologize to my family,
my Idaho constituents and any others who have put their trust in me. I accept total
responsibility and will deal with whatever penalty comes my way in this matter. I will
also undertake measures to ensure that this circumstance is never repeated. 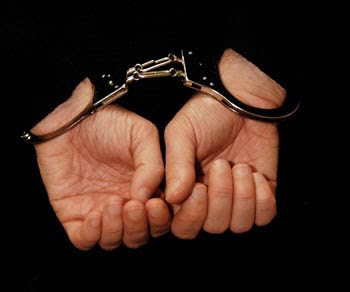 As soon as the commentariat got over the fact that there's a senator with the last name
Crapo
(pronounced KRAY-poh, in case you're wondering), the inevitable jokes started:

Hunter Schwarz@hunterschwarz
Crapo is an anagram for o crap.

Roger Simon@politicoroger
If U.S. senators were armed, Crapo could have shot his way out of that speed trap.

Of course, there could be some serious fallout for the three-term senator.
The only thing that sticks to your political career more than getting caught flouting
the law is doing it in a way that appears to violate your convictions. With Craig,
who publicly opposed gay rights but was arrested on suspicions of soliciting gay
sex in an airport lavatory, the arrest effectively ended his Senate career. Other
politicians, like Sen. David Vitter (R-La.) — a social conservative implicated as
a client of a D.C. prostitution ring in 2007 — have weathered their scandals with
minimal disruption to their public-service jobs. For Crapo, the big test will be how
his constituents react. "Crapo graudated from Brigham Young University, and served
earlier in his life as a bishop in the Church of Jesus Christ of Latter-day Saints,”
a religion that forbids drinking, says BuzzFeed. And a DUI arrest could spell special
trouble in Idaho, "where about a quarter of the population — and a considerable
portion of the donor class — consists of Latter-day Saints."
On the other hand, Crapo doesn't face the voters again until 2016, and in 2010 he got
an impressive 71 percent of the vote. Still, says Rick Moran at American Thinker,
"Getting behind the wheel of a car when there's even a chance you may be legally
intoxicated shows very poor judgment."I don't care if he's a Mormon or a Druid,
if he doesn't know that drinking and driving is extraordinarily dangerous he
doesn't belong in the Senate.... Recently, there has been a debate over whether or
drunk driving laws are too strict. There are some countries that give offenders mandatory
jail time for driving over the legal limit, so there are some who say we aren't strict
enough. Senator Crapo is extremely fortunate he didn't get in an accident. He is also
lucky that he will escape with a slap on his wrist.
Over 5Million Reads Adam Gonzalez at December 24, 2012