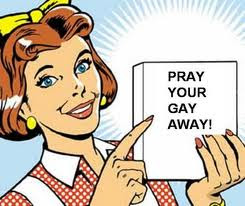 A federal appeals court has now put a hold on a new state law intended to
prevent therapists from trying to change a minor's sexual orientation,
dealing a setback to gay rights groups, the Los Angeles Times reported Saturday.
A three-judge panel of the U.S. 9th Circuit Court of Appeals agreed to
block the law, scheduled to take effect Jan. 1, pending a decision on its
constitutionality, according to the newspaper.

The law was authored by State Sen. Ted W. Lieu (D-Redondo Beach).
"This is a very good sign for our clients," Mathew Staver told the Times.
Staver is the founder of Liberty Counsel, a religious liberties group that
sued to block the law, arguing that it violates free speech rights.
"To get an injunction pending appeal is a very difficult thing to do,”

A spokeswoman for state Atty. Gen. Kamala D. Harris said Harris
would "vigorously defend" a law that banned what she termed an
"unsound and harmful practice."
The law would subject psychologists, psychiatrists and other mental
health professionals to discipline by their licensing boards for providing
minors therapy to change their sexual orientation. The state and many
professional groups say the therapy is ineffective and potentially dangerous.
A District Court judge initially rejected the suit by Liberty Counsel, whose
clients include a 15-year-old boy undergoing the therapy.

The Christian- oriented legal group appealed that decision to the 9th Circuit.
The judges who are hearing the case are Alfred T. Goodwin, appointed by President Nixon; Edward Leavy, a Reagan appointee; and Milan D. Smith Jr., named to the court by President George W. Bush.

UC Irvine Law School Dean Erwin Chemerinsky, who believes that the law is constitutional, said its opponents "won this round.

"This doesn't determine the ultimate outcome by the 9th Circuit," the Chemerinsky told the newspaper. "It still has to rule on the merits, and it could well go to the Supreme Court. But obviously this is a preliminary loss for supporters of the law.”

California's ban on trying to change a minor's sexual orientation, the first of its kind in the nation, has divided the lower courts. The federal judge in Sacramento who refused to block the law was appointed by President Obama. She concluded that it did not violate the 1st Amendment. Her colleague on the same bench, appointed by President George H.W. Bush, concluded that it was likely that the law infringed on free speech protections.

Email ThisBlogThis!Share to TwitterShare to FacebookShare to Pinterest
Labels: Courts, Marcus Bachmann's Pray away the gay