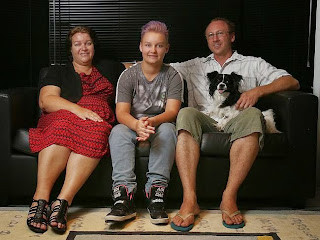 Shame, self-loathing, confusion, depression, self-harm, anxiety, family rejection, suicidal thoughts and behaviors — these are a few of the effects lesbian, gay, bisexual, transgender, queer/questioning youths may face because they are part of a stigmatized and marginalized group.

Young, vulnerable and inexperienced, they desperately seek affirmation, support and effective therapy. But instead they may be forced into so-called conversion therapy, which seeks to change a person's sexual orientation or gender identity. This practice is not only discredited in the mental health profession, but is dangerous and harmful to young people.

One patient we helped was brought to his mother's therapist when he came out as a gay and then as transgender. His mother told him he was a sinner and would go to hell. The conversion therapy, as it is in many such cases, was filled with false information about what went wrong in childhood to create a gender identity problem — none of which has any basis in clinical findings. Such damaging counsel serves to bring on feelings of shame and self-loathing that can lead to patients engaging in high-risk and self-harming behavior.

Conversion therapy can be loosely defined as any practice that intentionally causes shame over identity or sexual orientation. There may not be conversion therapy camps in Connecticut, but there are licensed clinicians who believe that being gay, lesbian, bisexual or transgender is disordered and who attempt to convert or shame individuals about their identity. As psychologists who specialize in LGBT children and young adults, we have clients who had previous negative and harmful therapy experiences.

A bill now before the General Assembly seeks to prevent licensed health professionals from engaging in the dangerous practice of trying to change a person's sexual orientation or gender identity. Specifically, the bill would prohibit any licensed professional from engaging in conversion therapy with a person under the age of 18. The legislature should pass it.

Conversion therapy is based on the faulty assumption that homosexuality is a mental disorder and that a gender identity not congruent with biological sex is inherently disordered.

Parents need solid guidance from licensed mental health professionals on how to support or affirm their LGBTQ children, rather than attempt to convert an immutable aspect of their identity. Youths who experience rejection because of their sexual orientation or gender identity/expression are at higher risk for medical as well as psychological problems.

LGBTQ youth who seek clinical help deserve just that — help, not condemnation, conversion and further confusion. Parents' responsibility is to protect and guide their children. Rather than cultivating the self-confidence and effective coping skills that young people need, conversion therapy typically provokes guilt, anxiety, depression, self-hatred and self-destructive behaviors, which can have lifelong consequences. Research demonstrates that LGBTQ youth who experience family rejection are more likely to engage in high-risk behaviors, use illegal substances and attempt suicide than their non-LGBT peers.

As a psychologist and the clinical coordinator of The Right Track/LGBTQ Specialty track in Young Adult Services at the Institute of Living/Hartford Hospital our aim is to provide clinical treatment, affirm identity and teach positive coping skills to manage the emotional damage that gets internalized by being a part of a stigmatized group.

It is time for Connecticut to join several other states and protect our youth from discredited, harmful and dangerous practices and provide accurate and effective guidance to their families. We must pass House Bill 6695 to ban the practice of conversion therapy and affirm mental, physical and emotional health in our vulnerable LGBTQ youth.

Email ThisBlogThis!Share to TwitterShare to FacebookShare to Pinterest
Labels: Conversion, Pray away the gay