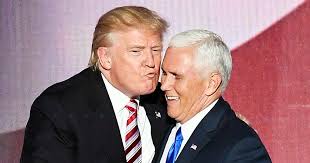 Harvard University law professor Larry Lessig said Tuesday that 20 Republican Electoral College voters are considering flipping to vote against Donald Trump, more than half the number of anti-Trump votes needed to stall the president-elect from being sworn into office.

"Obviously, whether an elector ultimately votes his or her conscience will depend in part upon whether there are enough doing the same. We now believe there are more than half the number needed to change the result seriously considering making that vote," Lessig told Politico.

Lessig has been offering free legal counsel to "faithless electors" who are considering casting a ballot for an alternative candidate as opposed to Trump, who earned 306 electoral votes on Election Day, well above the necessary 270.
The claim that as many as 20 GOP electors would vote against Trump and the wishes of a majority of voters in their states flies against other reports.

Only a few voters have publicly said they will not back the results of their home states, and virtually every GOP elector reached by The Hill said they will vote enthusiastically for Trump.

Politico, citing GOP sources, reported that a Republican whip operation found only one elector, Chris Suprun of Texas, would vote against Trump.

Suprun announced in a Dec. 5 op-ed in The New York Times that he would not vote for Trump.

So-called faithless electors are also a relatively rare occurrence in the Electoral College.

Only 82 electors in U.S. history have voted against their state's popular vote. None of those changed the outcome of an election.

Electors will cast their ballots on Monday.