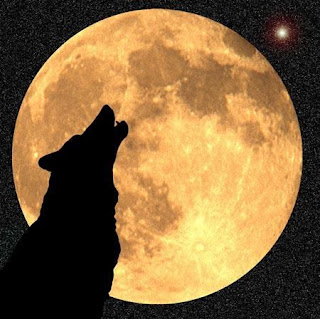 If Hillary Clinton wins in November and is given a second term the democratic candidates fighting to replace her then,  wont have Fox to kick them around anymore.  Let us explain;  But to do this we will need help from (based on scientific polling) an article on what is keeping Fox where it is and what will happen to melt the ice they are standing on in the frozen cold lake of network television. The help comes from Derek Thompson in an *article he wrote on the Atlantic. The article was edited and condensed by adamfoxie*blog.

*With Ailes out, the future of the network is in the hands of the younger Murdochs, who take the helm of a network that seems to be both drowning and soaring, at a time when television audiences are fleeing the big screen of the living room for other devices. The dilemma: Does Fox change course to attract a broader audience in a period of fragmented viewership, or rededicate itself to the formula of hyperpartisan infotainment that made it the reigning emperor of cable?

Fox News’ situation is reminiscent of another television behemoth. Several years ago, ESPN enjoyed a similar dominion in the cable kingdom, as the self-anointed worldwide leader in sports. Just as there is no remotely equal challenger to Fox News on cable, there had been no real rival for ESPN in cable sports.
But today, ESPN is the victim of a broader turn away from pay TV. After peaking in 2011, the number of households that pay for ESPN declined from 100 million to about 92 million in 2015, as younger families cut the cord, or bought cable bundles without ESPN, or never got pay TV in the first place. (For any product to receive $8 a month from 90 million households, as ESPN does today, is a remarkable achievement; however, in business, as in sports and politics, all narratives are present-biased, and the trend line has not been kind to ESPN.)

Like ESPN, Fox News’s present-day strength is its future weakness: Its success is concentrated among men well into their retirement.There is no polite way to say this, so one might as well be explicit: People don’t live forever. If the future of your business relies on a dramatic and sudden extension of average human lifespans, your ten-year outlook is murky.

The lesson to take from the worldwide leader’s slip is that star broadcasters, brilliant programming, and sparkling production value are nothing compared to the sheer force of demographics and the evolution of media technology.

Television is particularly popular among men, people who didn’t go to college, and people over the age of 70, which is a great description of a predictable conservative. (Retired seniors watch more than 50 hours of television a week.) Indeed, this older male group is not only ready-made for cable-television-viewing; it comes prepackaged with extremely conservative views. Over the last three general-election cycles, the 65-and-up group voted for the GOP presidential candidate by an average of 9 percentage points.

The press critic and columnist Jack Shafer suggests a respectable future for Fox News, in which the merchant of right-wing outrage and conspiracy politics sees the light of civic journalism and goes straight. Shafer encourages the Murdochs to broaden Fox News’s appeal and "tilt the network harder in the direction of conscientious journalists like Megyn Kelly and Chris Wallace, and away from its honey badgers—notably Bill O’Reilly, Sean Hannity and the Fox & Friends crew.”

One suspects that an erudite press critic at a coastal news publication who urges Fox News to metamorph into a conservative version of PBS is thinking of his own audience rather than that of Fox News. Ailes built a media empire by broadcasting conservative septuagenarian catnip and forcing infrastructure companies to pay it billions of dollars in fees, lest old retired men use their copious free time to call Comcast and complain that they can’t get their favorite show.

There is not much precedent for expensive investigative journalism finding a dependably large audience on cable. Instead, the formula for driving profitable viewership on cable news is one that Hollywood learned several decades ago: Find your hero or antihero, and churn out as many sequels as viewers can take. On CNN, which has transformed rather deliberately into an all-day buffet of Trump banter, viewership rose 38 percent in 2015, more than Fox News or MSNBC, to reach its highest viewership in seven years. In the first quarter of 2016, its primetime ratings grew 159 percent annually.

But when it comes to building blockbusters around heroes and villains, CNN is the Padawan and Fox News is the Jedi Master. Its genius was in recognizing the appeal of simple recognizable demons, like Hillary Clinton, Barack Obama, politically correct teenagers, and the remainder of America’s occult army of radical socialist secularists. The wealth of Fox News and the rise of Trump-obsessed CNN suggests that most cable-news devotees probably don’t watch television to challenge their incoming assumptions and to learn that the world is complex.

A smart case for Fox News’ sustainability—and that of the cable industry—is the overall aging of the country. The share of Americans over the age of 75 is projected to grow by more than 40 percent this decade. But it’s not altogether clear from current viewing patterns that today’s middle-aged conservatives are destined to become tomorrow's Fox News devotees. (In other words, conservatism may be an age effect, but cable news devotion is more of a cohort effect.)* It is also not clear that younger generations of conservatives are eager to pick up where their parents and grandparents left off. Today’s young people are less likely to be Republicans than their parents, less likely to watch cable news, and even less likely to pay for cable in the first place. Those who gravitate to conservative views seem more likely to align themselves with digital platforms, like Breitbart.

Fox News’ chief rival isn’t CNN, The New York Times, or even Facebook. It’s time. The average age of a Fox News viewer is about 70. The average life expectancy of a white American male is about 80. Fox News may continue to trounce CNN and MSNBC, but mortality will provide awfully stiff competition.
Over 5Million Reads Adam Gonzalez at September 06, 2016